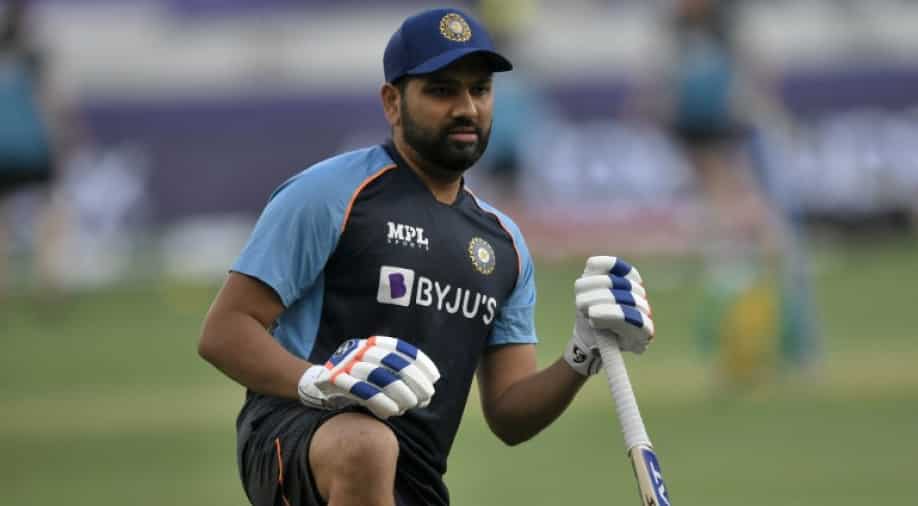 Rohit Sharma confirmed who will open for India in the 1st ODI against West Indies. Photograph:( AFP )

In the pre-match press conference ahead of the first ODI against West Indies, captain Rohit Sharma confirmed his opening partner for the clash.

The Indian team was dealt with a huge blow ahead of the start of the upcoming ODI series against West Indies as three players tested positive for COVID-19. Openers Ruturaj Gaikwad, Shikhar Dhawan and Shreyas Iyer have tested positive for the virus and are unlikely to feature in the three-match ODI rubber that gets underway on Sunday (February 06).

With Dhawan and Gaikwad down with COVID-19 and KL Rahul unavailable for selection in the first ODI due to personal reasons, the Indian team had to rope in Ishan Kishan and Mayank Agarwal as reserve openers ahead of the start of the series.

Indian captain Rohit Sharma on Saturday confirmed his opening partner for the first ODI against the Kieron Pollard-led side. Rohit said Kishan will open the batting with him in the series-opener as Mayank is still in quarantine after joining the rest of the Indian squad in Ahmedabad.

"Ishan will open with me. Mayank is still in isolation although he has come into the squad. So, Ishan will open," Rohit told the reporters during the pre-match virtual press conference on Saturday.

Also Read: Virat Kohli was unhappy with Anil Kumble for 'not standing up for players', claims former BCCI official

Rohit himself will be returning to the field for the Men in Blue after a gap of nearly two months as he had missed India's tour of South Africa due to a hamstring injury. The Hitman has fully recovered and is raring to go in what will be his first ODI series as India's full-time captain.

The first ODI between the two sides will be played at the Narendra Modi Stadium in Ahmedabad on Sunday. While Kishan will open the batting, Suryakumar Yadav and Deepak Hooda are likely to feature in the middle-order along with Rishabh Pant.

All-rounder Washington Sundar is also likely to be included in the playing XI given the absence of some of the top batters in the team.