Rohit, KL Rahul or Pant? Sehwag suggests who should be India's next T20I captain after Virat Kohli 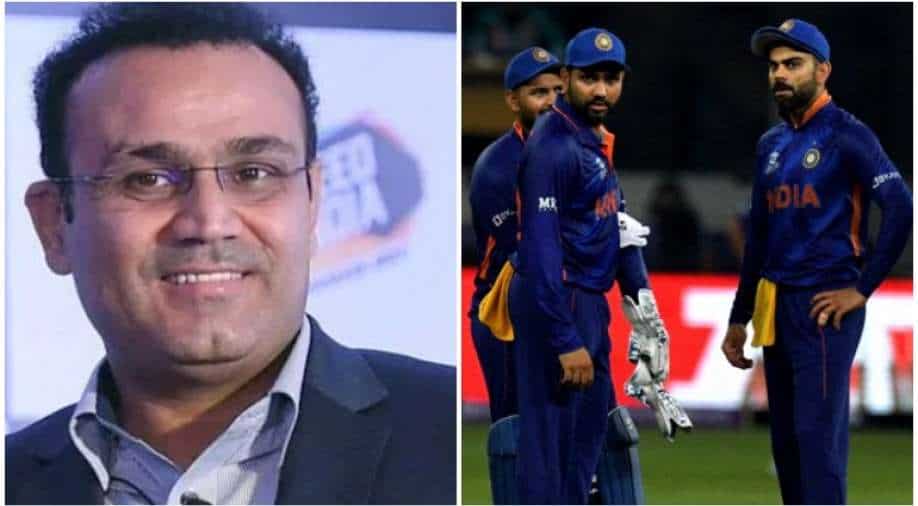 Sehwag suggests who should be India's next T20I captain Photograph:( AFP )

Post the T20 World Cup in the UAE, Virat Kohli will resign as India's captain in the shortest format. Virender Sehwag has suggested who should take over from Kohli.

Prior to the T20 World Cup, Virat Kohli had dropped a bomb in mid-September when he announced that he will lead India for the last time in the shortest format in the marquee event in the UAE. Under him, India remain alive in the T20 WC but have very slim chances of making it to the semi-finals of the showpiece event as they need to win their remaining two games in the Super 12 round, by big margins, and also hope for other results to favour them.

India are in a tricky position in the Super 12 of the T20 WC after back-to-back defeats in their opening two fixtures, versus Pakistan and New Zealand, respectively. Irrespective of whether India will progress to the semi-finals or bow out in the group stages, the world cricket is eagerly waiting to see who will succeed Kohli as T20I captain.

In this regard, former Indian opener-turned-commentator Virender Sehwag told while responding to a query by a fan on his Facebook Watch show Virugiri Dot Com, "I think there are many candidates for captain but I think Rohit is the best candidate because he has done well as a leader for the Mumbai Indians team in the IPL. He has won the IPL championship five times. So according to me, the next T20 captain of Team India should be Rohit Sharma."

As per reports, Rohit or Rahul are frontrunners to replace Kohli and become the next Indian captain in T20Is. In addition, the BCCI might also look to replace Kohli and appoint only one white-ball captain, especially if India bow out f the T20 WC in the group stages. The 33-year-old Kohli is, however, very likely to remain Team India's Test captain.