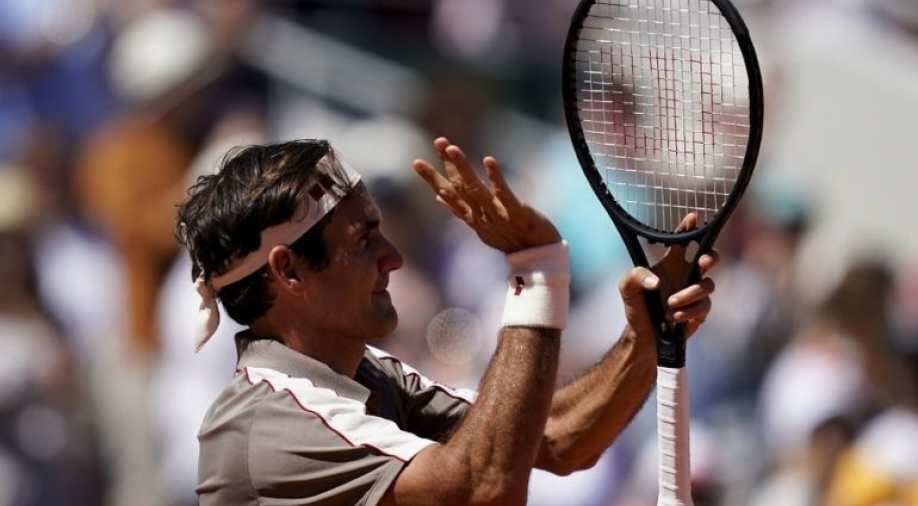 Federer will be playing in his 54th quarter-final at a Slam, cementing his place on top of the all-time men's list

Roger Federer reached the French Open quarter-finals for the 12th time on Sunday, becoming the oldest man in 28 years to make the last eight of a Slam.

The 37-year-old eased past Argentina's Leonardo Mayer 6-2, 6-3, 6-3 and will face either close friend and Swiss compatriot Stan Wawrinka or Greek sixth seed Stefanos Tsitsipas for a semi-final spot.

"It's fabulous that I can spend this time in Paris," said Federer who last played the tournament in 2015 when he made the quarter-finals -- where he lost to Wawrinka.

The Greek star, meanwhile, defeated Federer in the last 16 of the Australian Open in January.

"I was prepared for the worst scenario, losing in the first round in three sets. But I am super happy with my performance.

"I will need to play like this again against either Stan or Tsitsipas."

Federer will be playing in his 54th quarter-final at a Slam, cementing his place on top of the all-time men's list.

Despite leading Wawrinka 23-3 in career head-to-head meetings, Federer said he still remembers his quarter-final loss to his friend in Paris four years ago.

"I have a bad memory of it. Stan beat me in three sets with his terrible shorts!

"But he played really great that year and won the title."

Federer, the 2009 champion in Paris, is the oldest man to make the quarter-finals of a Slam since Jimmy Connors at the 1991 US Open.

Federer didn't face a break point in the fourth round match against the outclassed world number 68 played in a sweltering 32 degrees on Court Philippe Chatrier.