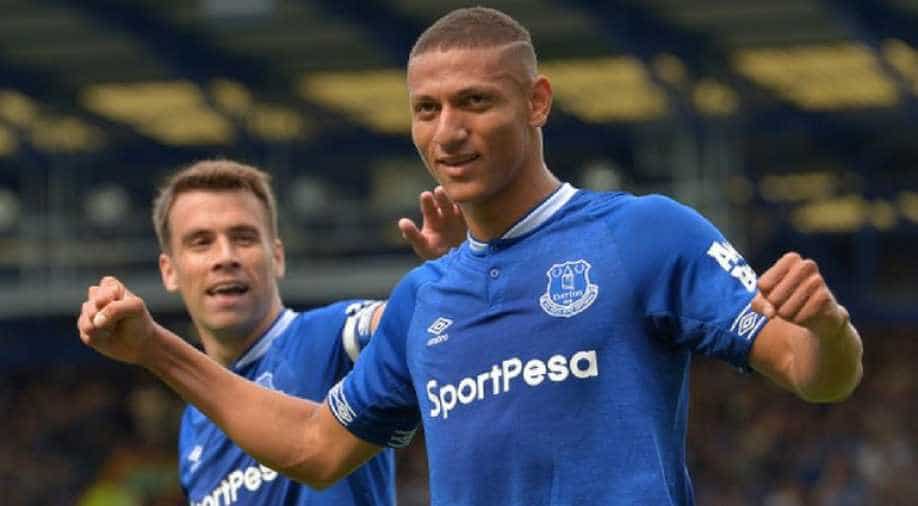 Everton boosted their bid to earn a top-four finish in the Premier League as Richarlison sealed a 1-0 win against struggling Southampton on Monday.

Everton boosted their bid to earn a top-four finish in the Premier League as Richarlison sealed a 1-0 win against struggling Southampton on Monday.

Carlo Ancelotti's side won for the first time in six home league games thanks to Richarlison's early goal.

Everton's last success at Goodison Park had come against Arsenal just before Christmas, but ending a run of three consecutive home league defeats lifted them to within two points of fourth-placed West Ham.

The seventh-placed Toffees have a game in hand on West Ham, as well as Liverpool and Chelsea, who occupy the places directly above them.

Fresh from beating Liverpool 2-0 to secure their first victory over their Merseyside rivals at Anfield since 1999, Everton are firmly in contention to qualify for the Champions League via a top-four finish.

"It's been a very good week. I really appreciate the teamwork. We were focused defensively and good combinations in front. The performance was good and we deserved to win," Ancelotti said.

"To fight for European places we need to improve the home run. This performance can help us.

"It will be a dream to be in the top four at the end of the season. We are quite close."

After leading the top flight in November for the first time since 1988, Southampton have gone into a dramatic decline that leaves them just seven points above the relegation zone.

Southampton are without a win in their last nine league games, losing eight times since their last victory against Liverpool in December.

Saints boss Ralph Hasenhuttl said: "Thirty points are not enough to stay in the league. We need points.

"In the final third there was a lack of punch. That makes it difficult to win."

With Brazilian midfielder Allan making his first appearance since December after a hamstring injury, Everton were far more tenacious.

But Forster was soon picking the ball out of the net as Richarlison gave Everton the lead in the ninth minute.

Jordan Pickford's long kick was flicked on by Dominic Calvert-Lewin to Gylfi Sigurdsson and Richarlison raced onto the midfielder's deft pass, rounded Forster and slotted into the empty net.

It was Richarlison's third goal in his last three games and his 11th of the season.

Michael Keane thought he had doubled Everton's advantage in the 25th minute, but the defender's header was disallowed by VAR after Mason Holgate was caught offside as he provided the assist.

Keane was a constant threat in the air and the England centre-back headed just wide from Sigurdsson's free-kick.

Rising to meet James Ward-Prowse's corner with a thumping header, Southampton's Mohammed Salisu went close to equalising against the run of play.

That triggered a late spell of Southampton pressure and Moussa Djenepo fired just wide before Jannik Vestergaard's close-range effort forced a superb save from Pickford.