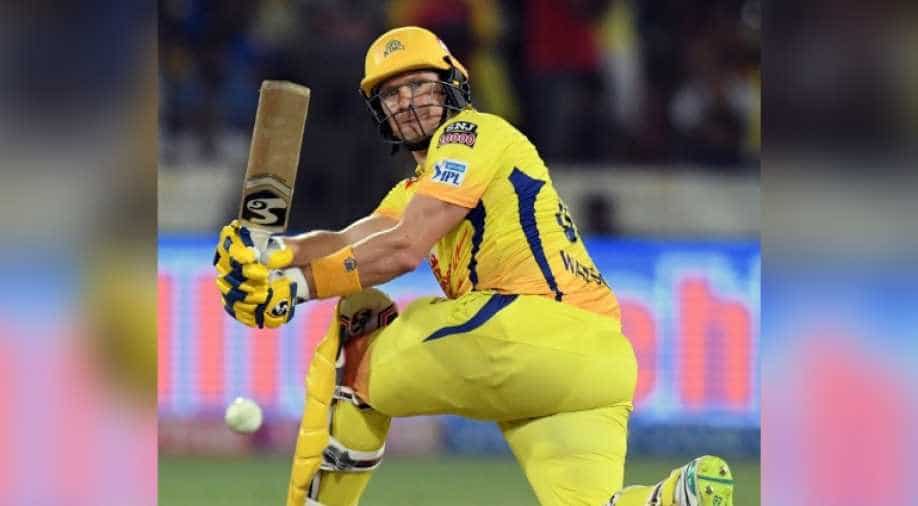 Chennai team's Shane Watson played the final of Indian Premier League 2019 with a bleeding knee said his teammate Harbhajan Singh. The Australian cricketer almost took his team over the line but in the last over but got run out which ended his knock of 59-ball 80.

While off-spinner Harbhajan made a praiseworthy revelation that Watson played with a bleeding knee.

Singh shared a picture on his Instagram story and wrote, "Can you guys see the blood on his knee... he got 6 stitches after the game... got injured while diving but continue to bat without telling anyone."

Watson got six stitches after the final against eventual champions Mumbai Indians in this year's edition of the IPL.

"Respect brother what a LEGEND @srwatson33 given sweat, blood and everything for the team.. INSPIRING @chennaiipl." Singh went on to say.

Watson earned praises for this:

As a @mipaltan fan, i feel really sad about @ShaneRWatson33 for his injury 😢... His dedication & never give up attitude towards the game is unmatchable 👏👏👏..

#WattoMan
What an from Shane Watson 😭😢😞well soon from injury 😍 pic.twitter.com/OD8sva5hjn

Respect for Shane Watson has gone beyond roof. His left knee seems to be badly injured with blood flowing out. He still batted and dived in the last over. Admirable from Watto to put his body on line at 38 after suffering from injuries throughout his career 👏👏 pic.twitter.com/4yqeGoubk4

Watson injured his leg while diving at the non-striker's end in the third over off Lasith Malinga, leaving the Brisbane-born with his yellow uniform stained red around the left knee.

The Australian scored 80 off 59 balls, including four sixes and eight fours, before he was run out in the final over going for a second run, again diving to make his ground.