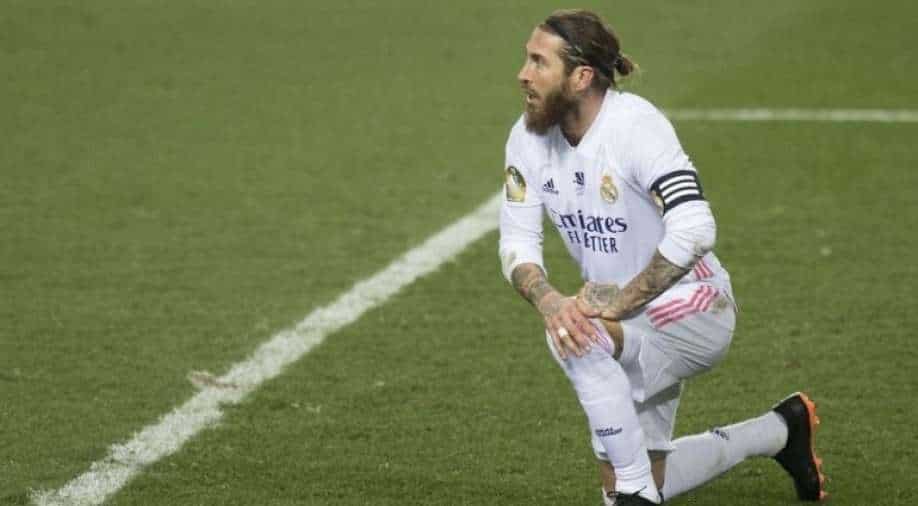 Los Blancos are not ready to improve their current offer with legendary captain which means the extension is highly unlikely.

Real Madrid star Sergio Ramos is set to run out of contract with Real Madrid and has still not signed an extension. However, several reports suggest that the Spanish defender will receive a two-year contract from Premier League giants Manchester City.

Los Blancos are not ready to improve their current offer with legendary captain which means the extension is highly unlikely.

The Madrid skipper was also not a part of the club's photoshoot with the 2021/22 jersey.

According to reports published by ESPN and AS, Ramos could come as centre-back in Manchester City in a two-year contract, bolstering Pep Guardiola's defence.

Real Madrid have already signed David Alaba, who is predicted to fill in Sergio Ramos' position in the club.

The Spanish club had a disastrous 2020/21 season under Zinedine Zidane as they went trophyless. Zidane resigned from his position, and former coach Carlo Ancelotti has been appointed to replace the Frenchman.

“While I have enjoyed being at Everton I have been presented with an unexpected opportunity which I believe is the right move for me and my family at this time,” Ancelotti said in a statement on the Everton website.

In his previous spell with Real Madrid, Ancelotti led the Spanish giants to 'La Decima', which means the 10th European Championship in 2014.