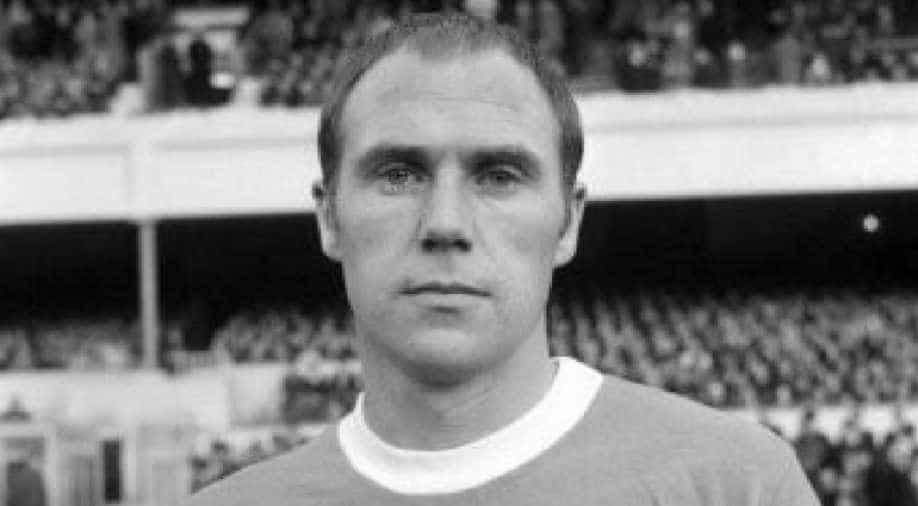 An outstanding left-back, Wilson won 63 caps with 1966 a memorable year for him as he won the FA Cup with Everton at Wembley and a few weeks later the World Cup as hosts England beat West Germany 4-2 at the same stadium.

Wilson had been diagnosed with Alzheimers in 2004.

"Everton Football Club is deeply saddened to learn of the passing of Ray Wilson," read a statement on the club website.

"Unquestionably one of the finest footballers to wear the royal blue jersey, Ray passed away on Tuesday evening, aged 83."
Wilson, named Ramon after pre-World War II film star Ramon Navarro and married for 61 years to Pat, who survives him, and the father of two boys, Russell and Neil, never lost his love for Everton whom he joined in 1964.

"He loved it at Goodison, absolutely loved it," Pat said last year.

"He still does. If they are on television, that is it. He sits there and watches it, transfixed." Wilson was revered by both Everton and his first club Huddersfield and he was honoured in April this year when their Premier League clash was officially designated Ray Wilson Day.

Wilson played almost 300 matches for Huddersfield having been signed aged 17-year-old when he was working on the railways -- it was thanks to Bill Shankly that he made the move to left-back from left-half in the 1956/57 campaign. He moved to

Merseyside in 1964. Huddersfield paid a fulsome tribute to him on their website.

"Huddersfield Town is devastated to learn of the passing of World Cup winner Ramon 'Ray' Wilson.

"Ray is arguably the most successful and best-known player ever to pull on a Huddersfield Town shirt, having been a key member of England's World Cup-winning team in 1966.

"He made 283 appearances for the Club between 1952 and 1964, scoring six goals, and is still Town's most capped England player ever, representing his country 30 times as a Huddersfield player."

Joe Royle said Wilson was a "maestro" and had taught him a lot as he was beginning his career with Everton.

"Ray led the onset of a new breed of full-backs," Royle told the Everton website. "Prior to Ray, they had all been sentinels, big, tall lads. Maybe third centre-backs, rather than full-backs.

"He is a World Cup winner and played in the last England team that had four, maybe five, world class players," Royle said. "He was certainly one of those.

"He was the best of his kind at the time." Even before he had a trial with the Yorkshire club, Everton had their eyes on him.

"I got a letter from Everton offering me a deal but I felt loyal to Huddersfield," he said years later.

"But I remember looking around Goodison properly for the first time after I had joined and thought to myself, 'My word, what have I been missing out on all these years, I should have been here years ago."