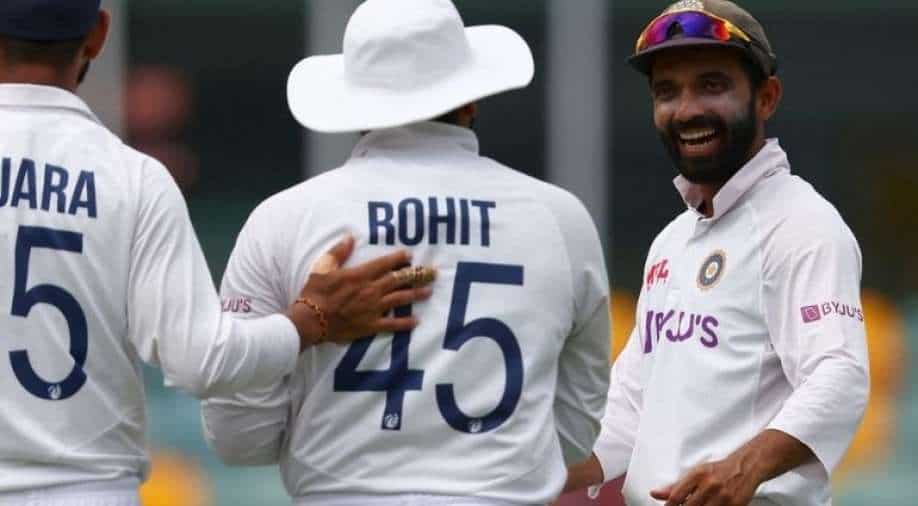 Ajinkya Rahane was removed from Test vice-captaincy, a position which has been given to Rohit Sharma Photograph:( AFP )

Back in 2018, Ajinkya Rahane was left out of India's playing XI in the first two Tests versus South Africa in the African nation. Ex-head coach Ravi Shastri has now explained the reason behind it:

India are set to tour South Africa where they will play three Tests and equal number of ODIs. The tour opener will commence on December 26 with the first Test scheduled to take place in Centurion. The No. 1 ranked Indian Test side have a huge opportunity to win their first-ever series in South Africa. On the other hand, Kohli will also be eager to win another series overseas, after the highs in Australia and England.

Back in early 2018, Kohli-led India had toured South Africa for three Tests, six ODIs and three T20Is. At that time, India had their chances in the first two Tests but ended on the losing side before finishing the series with a consolation win. While India did compete really well, many slammed the then team management for their poor selection calls. Vice-captain Ajinkya Rahane was dropped for the first two Tests as Rohit Sharma was preferred in the middle-order. The move didn't pay rich dividends as Hitman amassed 78 runs in four innings, at 19.50.

Rahane was added to the playing XI for the third and final Test at Johannesburg, where his vital 48 in the second innings helped India win the Test by 63 runs. Ex-Indian head coach Ravi Shastri has now opened up on why Rahane wasn't preferred over Rohit.

Speaking to Times Of India, Shastri said, "It was always going to be between Rohit & Ajinkya. There was no space for both. Rohit had got runs and we had been watching Test hunger build in him. So, we went by form. That's why Ajinkya didn't find a place."

On Wednesday (December 8), BCCI named Rohit as Kohli's deputy in whites, replacing Rahane. For the unversed, Rohit has raised his stature as a Test batsman whereas Rahane has only two fifty-plus scores since his last ton, which came in late 2020.

It will be interesting to see how Rahul Dravid-Kohli strategise and take India ahead in the forthcoming three Tests versus Dean Elgar-led Proteas in the African nation.