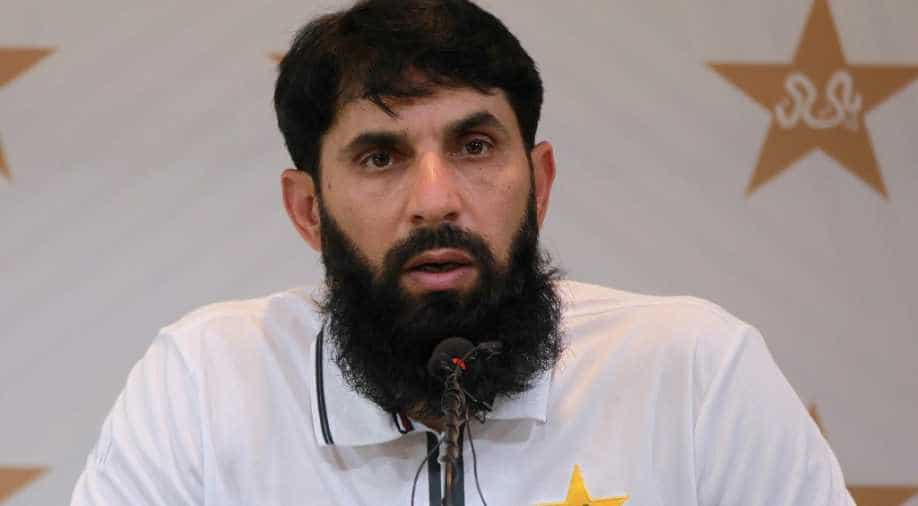 Ramiz Raja compared Misbah's calm nature with that of Captain Cool, however, he said that former Pakistan batsman he has to change and adapt according to the modern demands of the game.

Ramiz Raja compared Misbah's calm nature with that of Captain Cool, however, he said that former Pakistan batsman he has to change and adapt according to the modern demands of the game.

"Misbah's training and upbringing is different. Let me put it this way, he is the poor man's Dhoni. MS was also restrained, no expressions and not emotional. Misbah is also like this but I think now he has to go on modern thinking," Ramiz said in an interview on the Cricket Baaz YouTube channel.

"Misbah has to take a new direction because there is a need to set the GPS right for Pakistan cricket because aggression is in our DNA. I think at times he gets too protective and he gets cagey as soon as we lose a match. But if our products and talent is right we shouldn't be afraid of hiccups and setbacks."

Ramiz requested the board to appoint a chief executive for the Pakistan team and said that the team should stop relying on foreign coaches.

"In the past I could understand we needed foreign coaches because we were young to this field but now we have grown ourselves in this area. "In fact I think there is no need to have permanent coaches with the team for all tours and we should only be appointing specialist coaches as required on tour to tour series to series basis.

"Appointment of coaches should be tour-based and opposition based. Use their expertise for a series and move on rather than carry on with them for a long period."