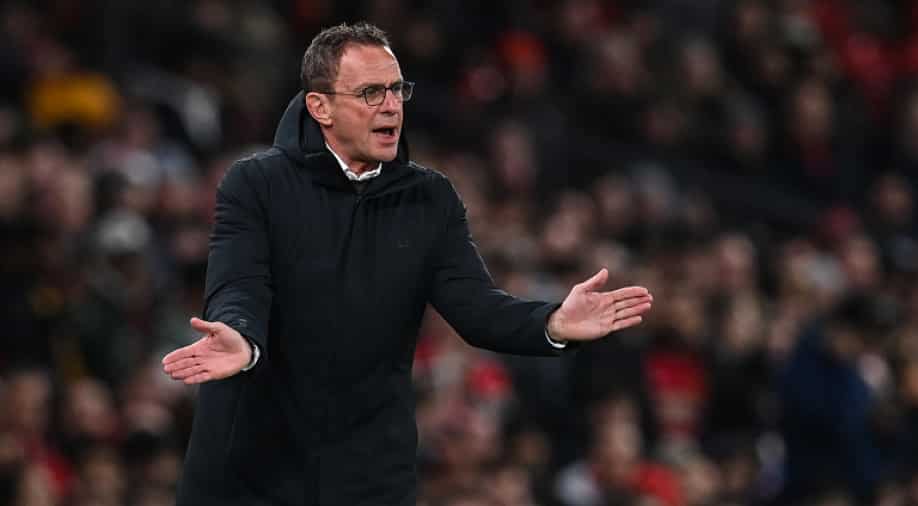 Ralf Rangnick, 63, will be Manchester United's interim manager until the end of the season.  Photograph:( AFP )

Manchester United's appointment of Ralf Rangnick on an interim basis is "a bit strange" and has led to some uncertainty in the club, midfielder Fred said on Tuesday.

Manchester United's appointment of Ralf Rangnick on an interim basis is "a bit strange" and has led to some uncertainty in the club, midfielder Fred said on Tuesday.

Rangnick, 63, will be interim manager until the end of the season before the former Schalke 04 and RB Leipzig coach takes up a consultancy role with the club for a further two years.

"It's a bit strange," Fred told TNT Sports Brazil on Tuesday. "I know in football it's important to get good results as soon as possible, but it's also important to have a long-term plan.

"I think it's a little bit bad for us not to have one. At the moment it's all about the short-term goals. We don't know how it's going to be after the end of this season."

United are in the Champions League last 16 for the first time since 2018-19, and on Wednesday, will take on an Atletico Madrid side who have struggled domestically in recent weeks, losing four of their last seven matches in all competitions.

However, Fred warned against complacency, saying the Spanish club's fighting spirit and the influence of their Argentine manager Diego Simeone made them dangerous opponents in spite of their lack of form.

"Even when not playing well, Atletico are a hard team to beat," Fred said.

"Their manager is Argentinian, so they're warriors. They like a bit of a fight on the pitch.

"So it really doesn't matter if Atletico are going through a bad moment. They're the most South American team in the Champions League."