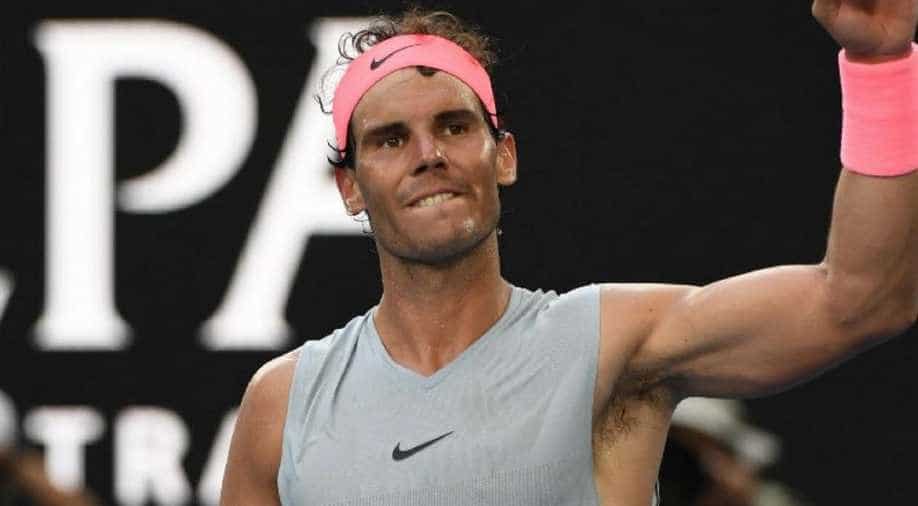 Nadal, who hasn't hit a ball in anger since pulling out of the Australian Open quarter-finals in January, saw Federer take over top spot on February 18.

The Swiss veteran, however, slipped 10 points behind his Spanish rival and into second place after a second round defeat to Isner that saw the towering American leap eight places to ninth thanks to his eventual victory Sunday in the Masters 1000 event.

Isner thus equals his previous best ranking of ninth, reached in April 2012, while beaten finalist Alexander Zverev of Germany moved up one place to fourth.

South Korea's Hyeon Chung meanwhile continued to chip away at the rankings, the 21-year-old breaking into the top 20, to 19th, for the first time in his fledgling career thanks to his quarter-final appearance in Miami.

ATP rankings at April 2(change in ranking in brackets):

Congrats Rafael Nadal for returning to No. 1 in the ATP Rankings today.