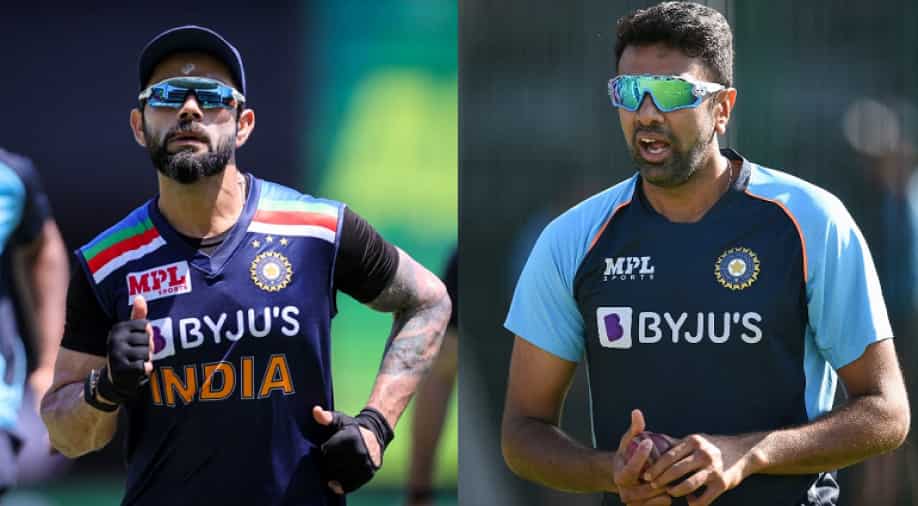 R Ashwin's inclusion in India's squad for T20 World Cup 2021 came as a surprise to many. The senior spinner last played a white-ball game for India in 2017 and was a regular only in Tests with not many expecting him to feature in the T20 World Cup squad. However, Ashwin made his comeback into the side and is now likely to be one of the first-choice spinners for the Men in Blue at the showpiece event.

Captain Virat Kohli recently explained the reason behind Ashwin's inclusion in the squad and said the off-spinner was rewarded for reviving his skills in white-ball cricket. Ashwin might not have played white-ball cricket for India since 2017 but remains one of the vital cogs of Delhi Capitals in the Indian Premier League (IPL) and Tamil Nadu side in the domestic circuit.

“Ashwin has been rewarded for reviving his white-ball skills altogether. He bowls with a lot of courage in white-ball cricket,” Kohli said during a press conference organised by ICC on Saturday (October 16).

Kohli further went on to point out how Ashwin has been bowling well in the IPL over the last couple of years and has also taken up responsibility in pressure situations for Delhi Capitals. Kohli believes Ashwin's experience and his confidence heading into the tournament will prove handy for Team India at the T20 World Cup.

“If you saw the IPL in the last couple of years, he’s bowled difficult overs, he’s bowled against the top players in the IPL, and not being shy to put the ball in the right areas. Spinners can get intimidated by the way power hitters hit the ball, but Ashwin believed in his skill set," said the Indian skipper.

Also Read: Another game of cricket: Virat Kohli plays down hype ahead of India-Pakistan clash at T20 WC

“We felt like the way he was bowling and his variations now and his control over pace is something which is… again a lot of experience, a guy who has played a lot of international cricket and he’s at his confident best. These guys can go in there and change the game with their spells," he added.

India will open their T20 World Cup 2021 campaign against arch-rivals Pakistan at the Dubai International Stadium in Dubai on October 24. It remains to be seen if Ashwin will make the cut in the playing XI for the highly-anticipated clash between the two teams.