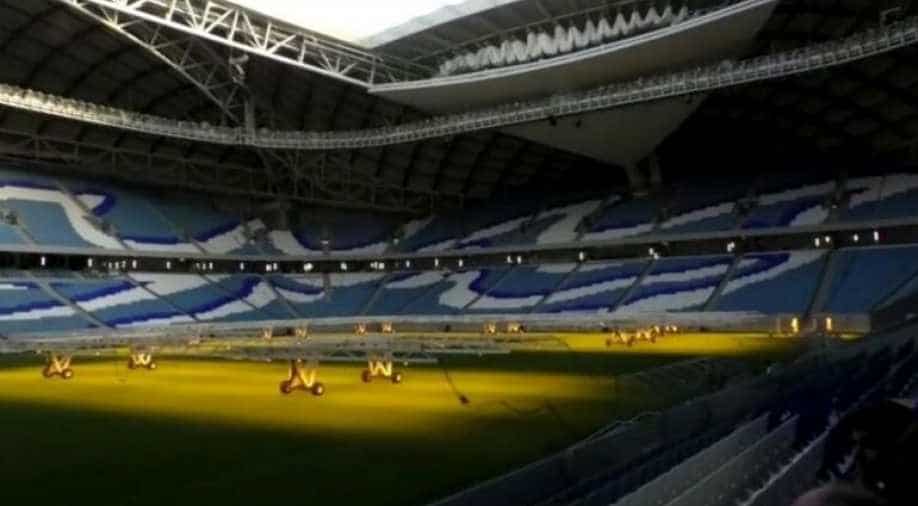 The 2022 hosts have so far inaugurated the newly-built al-Janoub stadium in May, as well as the Khalifa International stadium which opened in 1976 and was relaunched in 2017 after a full refurbishment.

Qatar will inaugurate the third of its eight World Cup stadiums when the Education City ground hosts the Club World Cup semi-final tie on December 18, FIFA said on Monday.

The 40,000-seat venue seven kilometres (four miles) outside central Doha will also host the third-place play-off and the final of the tournament which gets underway on December 11.

The 2022 hosts have so far inaugurated the newly-built al-Janoub stadium in May, as well as the Khalifa International stadium which opened in 1976 and was relaunched in 2017 after a full refurbishment.

"With all three venues located a maximum of 12 kilometres from central Doha, the FIFA Club World Cup 2019 will provide a glimpse of Qatar's compact nature ahead of the FIFA World Cup 2022," FIFA said in a statement.

"Taking place around the same time of the year and with matches kicking off from 17:00 local time, this year's tournament will also give teams and fans alike the chance to experience Qatar's mild winter."

Average temperatures are expected to range between 15 and 24 Celsius, it added.

Hassan al-Thawadi, the secretary-general of Qatar's Supreme Committee for Delivery and Legacy, said following Al-Janoub's opening in May that two further new stadiums would be ready "by the end of this year (or) first-quarter" 2020.

The exact date would depend on the timing of events to launch the two venues, he added.