Principles of decision making on my body more important than any title, says Novak Djokovic 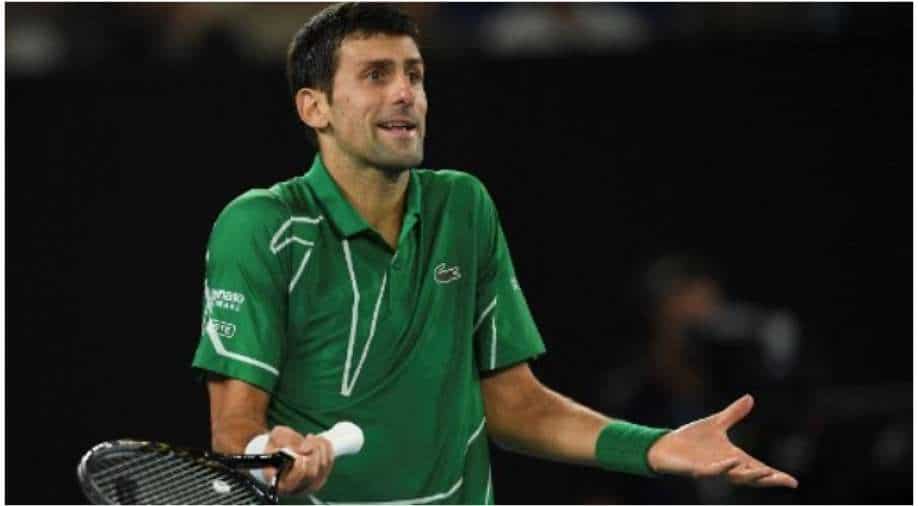 "I was never against vaccination but I've always supported the freedom to choose what you put in your body," said Novak Djokovic recently. Here's his full statement:

World No. 1 player Novak Djokovic had created a huge storm ahead of the 2022 Australian Open. The Serbian had arrived in Australia with a Covid-19 vaccine exemption, however, landed in a huge controversy when he was sent to an immigration hotel in Melbourne (for not taking a jab). After he won the first legal battle versus the Australian government by confirming he had tested positive for Covid-19 recently in December 2021 -- medical policies in Australia allowed the ones who have contracted the deadly virus to get an exemption from the vaccine for a period of 6 months -- he was eventually deported back to his country courtesy the immigration minister Alex Hawke.

Hawke used his powers to revoke Djokovic's visa suggesting that Djokovic staying in the country could lead to 'civil unrest' and harm the nation's relentless vaccination drive. Thus, the three-judge panel unanimously decided to reject the tennis superstar's appeal against visa cancellation and he was forced to return back home.

Following all this, the Serbian missed the Aus Open 2022 and has now broken his silence on the vaccine row. The 34-year-old has stated that he is not against vaccination but is ready to miss the French Open and Wimbledon this year if taking the jab becomes mandatory for participation.

Speaking to BBC, Djokovic said, "I was never against vaccination but I've always supported the freedom to choose what you put in your body."

"Because the principles of decision making on my body are more important than any title or anything else. I'm trying to be in tune with my body as much as I possibly can," he added.

On his criticism, Djokovic stated, "I understand that there is a lot of criticism, and I understand that people come out with different theories on how lucky I was or how convenient it is. But no one is lucky and convenient of getting Covid. Millions of people have and are still struggling with Covid around the world. So I take this very seriously, I really don't like someone thinking I've misused something or in my own favour, in order to, you know, get a positive PCR test and eventually go to Australia," the 34-year old further said.

On his return to Serbia, Djokovic had met President Aleksandar Vucic on February 3. The President lauded the athlete and had said, "Thank you for the great fight you fought in Australia," Aleksandar Vucic told Djokovic during a meeting in Belgrade." He added, "And then I saw how ... he was ready to fight not only for himself, but for his country."