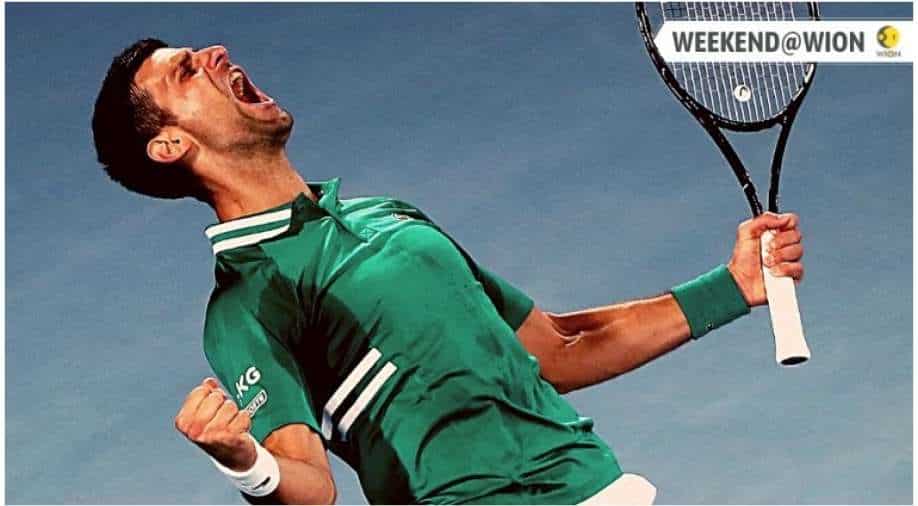 Novak Djokovic isn't unfamiliar to controversies. While he is going through his biggest battle off the court, also acting as a buzzkill for many prior to the Australian Open, here's looking at some of the past controversies surrounding the Serbian:

The sports section in every newspaper or various portals, so far in 2022, has been hogged by only one man, i.e. Novak Djokovic. The world number 1 tennis star has been caught in a huge controversy before the Australian Open -- the first-ever Grand Slam of the calendar year.

Ahead of the marquee tournament, the nine-time Australian Open champion Djokovic landed in Melbourne, on January 4, with a medical exemption for Covid-19 vaccination. For the unversed, ATP had made it clear that all players need to be fully vaccinated to take part in the Aus Open. The Serbian, however, got an exemption from the Victorian government before travelling Down Under.

On his arrival, Djokovic was taken aback with his exemption being tarnished and his visa getting cancelled. As a result, he was sent to a detention center, i.e. an immigration hotel in Melbourne, for four days before his lawyers managed to free him as Australian Judge Anthony Kelly ordered his release, on January 10, with immediate effect.

Djokovic's Aus Open saga didn't die down there itself. As the Australian Immigration Minister Alex Hawke comprises discretionary personal powers to revoke anyone's visa on various grounds, he did the same for the Serbian on Friday (January 14). "Today I exercised my power... to cancel the visa held by Mr Novak Djokovic on health and good order grounds, on the basis that it was in the public interest to do so," the Immigration Minister said in a statement.

On the other hand, Australian Prime Minister Scott Morrison said that the decision followed "careful consideration".

Amid all this, the 34-year-old Djokovic admitted to have breached Covid protocols as he went ahead with an interview to a French-newspaper L'equipe's journalist despite a positive report with regard to the infection in December, 2021.

In addition, Djokovic shifted the blame on his agent for incorrectly filling details in his travel form on arrival Down Under (he also acknowledged that his travel declaration form contained falsehoods about his whereabouts the 14 days preceding his flight to Australia).

Thus, Djokovic has dug his own grave in many ways ahead of the Aus Open. As the entire saga continues to get complicated with each passing day, with the star player set to take his fight against deportation from Australia to a Federal Court on January 15 (Saturday), here's reliving some big controversies surrounding the Serbian:

During the 2020 US Open, Djokovic was disqualified after hitting a female line judge in frustration during his fourth-round match versus Spain's Pablo Busta.

The Serbian did so after a fall and dropping a serve to trail 5-6. While it wasn't intentional, Djokovic's fate was sealed under the Grand Slam rules. After the incident, Djokovic had said in a statement, "This whole situation has left me really sad and empty. I checked on the linesperson and the tournament told me that thank God she is feeling OK. I'm extremely sorry to have caused her such stress. So unintended. So wrong."

Amit the pandemic, in 2020, Djokovic has organised an Adrian tour, i.e. a series of exhibition games in Balkans with professional tennis entirely shut down.

However, the tournament was abandoned due to Bulgarian player Grigor Dimitrov testing positive. As a result, Djokovic, his wife and many other players also tested positive. The players were heavily criticised for embaring a nightclub and partying during the pandemic.

During the 2021 Aus Open, Djokovic arrived in Melbourne and again landed himself in controversy by demanding that tennis players should be given private homes along with tennis courts.

To this, Aussie player Nick Krygios tweeted in response by saying, "Djokovic is a tool."

Djokovic has been accused of taking unnecessary medical breaks and exaggerating injuries whenever the going gets tough for him during a game. In 2008 US Open, he took two medical timeouts during his five-set thrilling win over Tommy Robredo, upsetting the Spaniard.

On the other hand, Djokovic didn't hesitate in breaking the flow of the game once again during his 2020 French Open quarter-final clash versus Carreon Busta.

Back then, Busta had stated, "Every time a match gets complicated he asks for medical assistance."

Thus, Djokovic isn't alien to controversies. He, however, is currently going through his biggest battle off the court and dominating the headlines for all the wrong reasons; acting as a buzzkill for many tennis loyalists worldwide prior to the Aus Open.