Not kicking him whilst he's down, says Andy Murray on Novak Djokovic's Australian Open saga 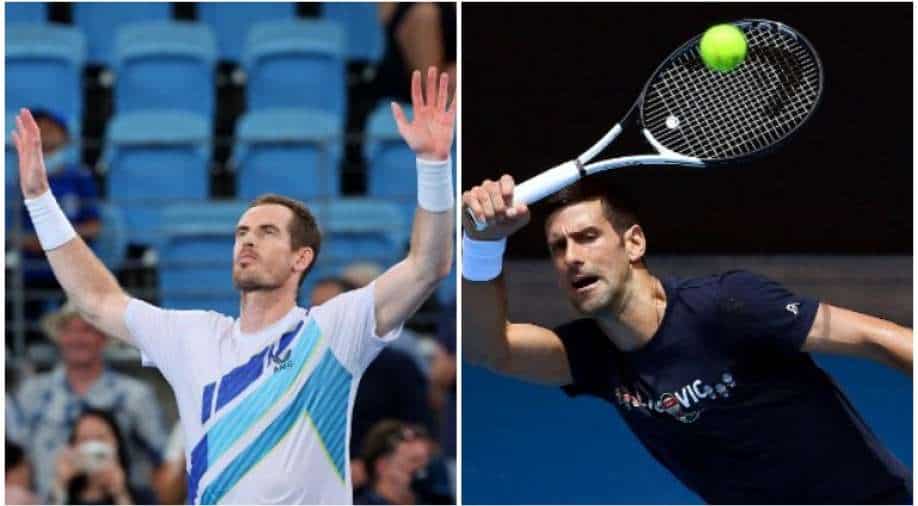 Murray refuses to 'kick Novak whilst he's down' Photograph:( AFP )

The 20-time Grand Slam winner's visa has been cancelled for a second time in a new attempt to deport the unvaccinated Djokovic just days before the opening major of the year, where he would be defending his title.

Former world number one Andy Murray said Friday the Novak Djokovic saga is not good for tennis or the Australian Open but refused to stick the boot into his rival "whilst he's down".

The 20-time Grand Slam winner's visa has been cancelled for a second time in a new attempt to deport the unvaccinated Djokovic just days before the opening major of the year, where he would be defending his title.

British veteran Murray, a five-time finalist at Melbourne Park, said the saga had dragged on too long.

"I mean, it's not a good situation," said the three-time Grand Slam winner after reaching his first final since 2019 at the Sydney Classic.

But he added: "I'm not going to sit here and start kicking Novak whilst he's down.

Murray said he wasn't clear on what would happen next or whether the top seed could play his first-round match of the Australian Open against fellow Serb Miomir Kecmanovic next week.

"I don't know what route he goes down, if he can appeal that and how long that takes, and can he still be out practising whilst that process is going on or still competing in the tournament?" he said.

"Yeah, just want it obviously to get resolved. I think it would be good for everyone if that was the case."

Djokovic is an avowed Covid-19 vaccine sceptic, which has caused his predicament, and Murray said while people should be free to make their own decisions, he encouraged everyone to get the jab.

The 34-year-old Murray recounted that when he went for his booster vaccination, the nurse at his local hospital in Britain told him "every single person that is in ICU (intensive care) and on ventilators are all people that are unvaccinated".

"So to me it makes sense for people to go ahead and have it done," said Murray.

"Most young, sort of healthy athletes are probably going to be okay, but we've all got to play our part in this one."