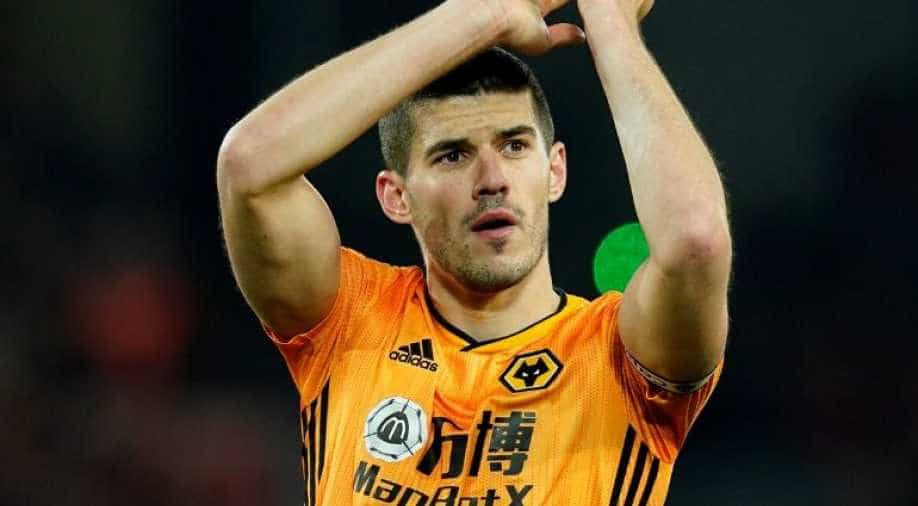 Wolverhampton Wanderers captain Conor Coady hit out at what he called the Premier League's ridiculous use of VAR after his side were on the receiving end of two controversial decisions in their 1-0 defeat to Premier League leaders Liverpool on Sunday.

Sadio Mane’s winner late in the first half had initially been disallowed by referee Anthony Taylor for handball by Adam Lallana in the build-up, only for a lengthy VAR intervention to overturn the decision and award the goal.

Wolves were then denied an equaliser two minutes later as Jonny Otto was deemed marginally offside by the video assistant before squaring to Pedro Neto, who fired into the bottom corner.

A seething Coady, who came through the Liverpool academy, called for better communication between the authorities, officials and players as the VAR technology is implemented in England’s top flight.

"We feel massively hard done by. I can't get my head around it. It’s ridiculous,” Coady told Sky Sports.

"For me it (VAR) is not working. Some people are saying it gets the right decision but we're the players on the pitch and it doesn't feel right to me. Anthony Taylor is a great fellow to speak to, but I ask a question and I don't get an answer.”

Coady explained that his side’s main grievance was not from the decision reached over Lallana’s control, but because they felt the ball had been handled earlier in the move by Virgil van Dijk, whose long pass to Lallana led to the goal.

"It is horrible for me, it is tough to take,” he said.

"We thought Van Dijk handballed it, but the referee tells me Van Dijk is too far away. He played the pass. VAR is affecting the game. No-one has asked us (players) about it.

"It is still confusing, I can't get my head around it, you don't get answers on the pitch."

Wolves were also affected by VAR in their 3-2 come-from-behind win over Manchester City on Friday.

However, VAR spotted an encroachment in the area by Coady who had cleared the loose ball and the penalty had to be retaken. Again, Patricio saved from Sterling but this time the England winger drove home the rebound to put City in front.

"It is so tough to take, it has happened twice to us in the last two games against probably the best two sides in the world," Coady added after Sunday's defeat at Anfield.

"In the second half we controlled the game and nullified Liverpool to hardly anything; but it is so disappointing that we are stood here talking about VAR rather than the game and the way Wolves played."