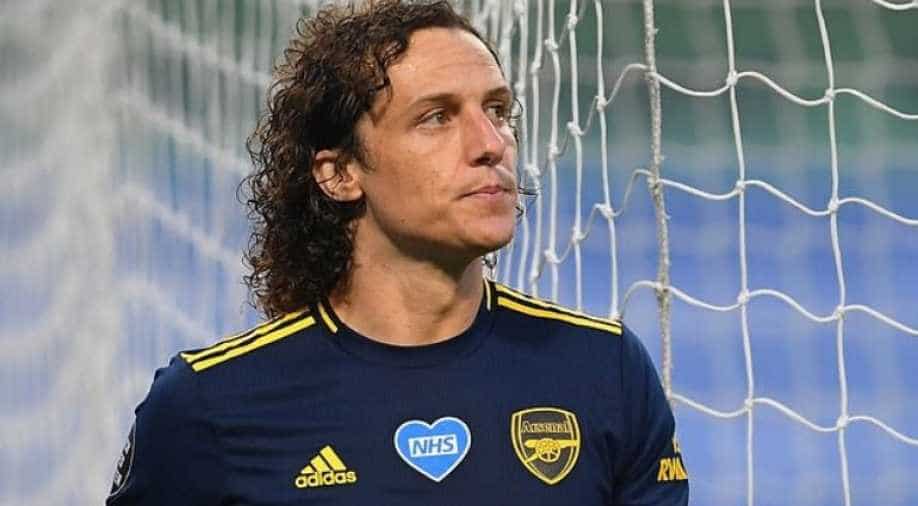 Brazilian defender David Luiz has signed a new one-year contract with Arsenal, the Premier League club announced on Wednesday. Arsenal, who are struggling on the fitness and form front, will look to have an inspired show from the veteran defender after a horror show against Man City where he was sent off.

The 33-year-old Brazilian international had signed for Arsenal in 2019 from Chelsea on a one-year deal which will now end in the year 2021.

Arsenal technical director hailed Luiz’s influence on and off the pitch ignoring all the criticism coming his way as he said his involvement helps everyone.

"David is a really important player for us," he told the club website.

"He has played most of our matches this season and has been important for the team. His passing, his communication with the team on and off the pitch -- he helps everyone."

"I am really happy that we will have these players in our squad for the future," said Edu.

"They have been part of the long-term technical plan (manager) Mikel (Arteta) and I have developed. They bring the right balance to our squad."

Arsenal have had a poor resumption of Premier League with two defeats on the trot against Man City and Brighton & Hove Albion. Players have looked unfit and sluggish in the first two Arsenal games since resumption but manager Mikel

Arteta would hope to bring something positive on the table in the coming weeks and pull out the Gunners from their misery as Arsenal remain 10th in the Premier League table.