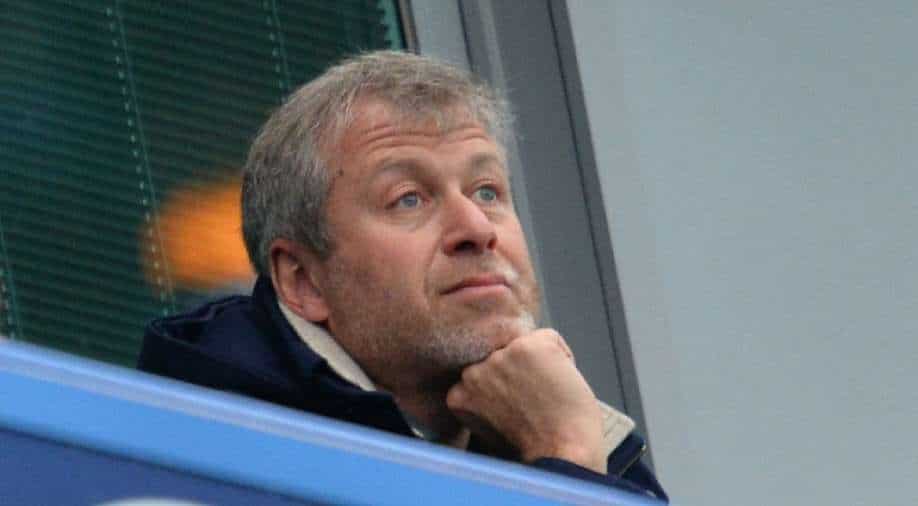 Abramovich announced that he was selling the London club last week. Photograph:( AFP )

Premier League board disqualifies Chelsea owner Roman Abramovich as director at the club after the billionaire Russian had sanctions imposed on him by the British government after Moscow's invasion of Ukraine.

The Premier League board has disqualified Chelsea owner Roman Abramovich as a director at the English top-flight club, the league said in a statement on Saturday.

The move comes after the billionaire Russian had sanctions imposed on him by the British government after Moscow's invasion of Ukraine.

"The Board's decision does not impact on the club's ability to train and play its fixtures, as set out under the terms of a licence issued by the Government which expires on 31 May 2022."

Abramovich, who had been under scrutiny following Russia's invasion of Ukraine, announced he was selling the London club last week but that sale is now on hold with Chelsea operating under a special government licence.

Chelsea can continue playing games and pay their players and staff but cannot transfer players in or out as the government tries to prevent Abramovich from benefiting in any way.

Abramovich bought Chelsea in 2003 for a reported 140 million pounds ($182.5 million) and his investment resulted in the most successful era in their history as they won five Premier League titles, five FA Cups and the Champions League twice.

Russia calls its actions in Ukraine a "special operation" designed not to occupy territory but to destroy its neighbour's military capabilities and capture what it regards as dangerous nationalists.

The entry on the British sanctions list described Abramovich as "a prominent Russian businessman and pro-Kremlin oligarch" who had enjoyed "a close relationship for decades" with Russian President Vladimir Putin.

Abramovich has denied having such ties.