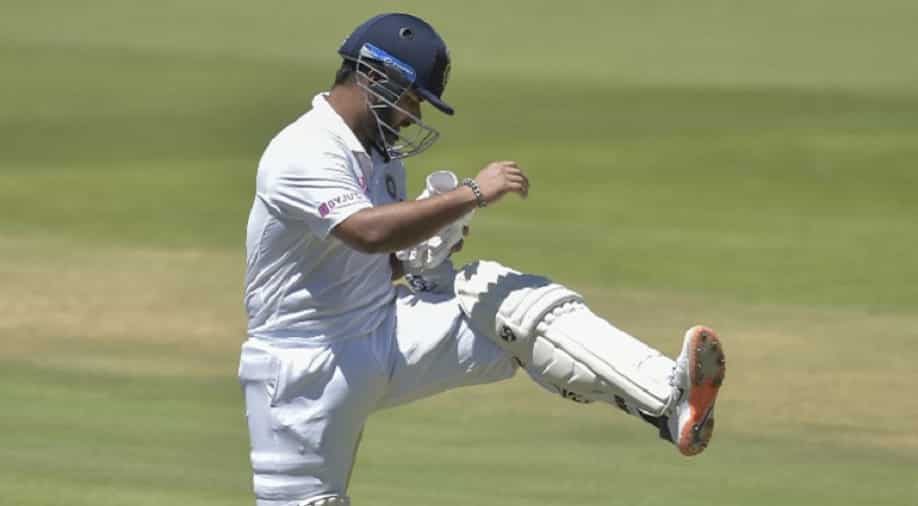 Former India spinner Harbhajan Singh has criticised Rishabh Pant for mistaking positive intent with carelessness after the wicket-keeper batter threw his wicket away in the second innings of the Johannesburg Test against South Africa.

Indian wicket-keeper batsman Rishabh Pant has been facing criticism from all corners ever since his poor show in the second innings of the recently-concluded Johannesburg Test against South Africa. Pant was deemed guilty of throwing his wicket away with a poor shot when India required him to stay in the middle and build a partnership.

India were 163/4 having lost Ajinkya Rahane and Cheteshwar Pujara in quick succession when Pant had walked in to bat at no.6 during the second innings of the Johannesburg Test. The left-hander was dismissed on a duck on the third delivery he faced from Kagiso Rabada after a reckless shot.

While India head coach Rahul Dravid backed Pant over his 'positive intent', former India spinner Harbhajan reckoned the left-hander should draw a line between being reckless and playing with positive intent. In a video on his YouTube channel, Harbhajan agreed Pant should curb his natural instincts in Test cricket and not step out to play shots every time.

Harbhajan said positive intent does not mean stepping out and playing shots but it can also be playing good defensive shots and keeping the needs of the team above. Harbhajan added that questions will be raised on Pant if he continues throwing away his wicket the way he did in the second Test.

"Rishabh Pant is a talented player and the kind who can win India matches single-handedly. If an Indian wicketkeeper has played good cricket on overseas pitches, played match-winning innings, it is him. Those innings have come out of his bat. Should we stick with him? Because the kind of shots he has played and the way he has got out. Sometimes I feel those shots were unnecessary. Had he spent more time on the wicket, he could have scored more runs," said Harbhajan.

"But at the same time, if the same shots click, we say 'What a bold player. He comes with a positive intent from the first ball'. What I feel is that positive intent is one thing… it doesn't mean that you start stepping out and play shots. Even when you play a defensive stroke, that too can be from positive intent. If you go and start swinging your bats and play such shots, question will be raised at you," he added.

Pant has not been able to get going so far in the ongoing three-match Test series against South Africa. The southpaw scored 8 and 34 runs in the first Test before notching up scores of 17 and 0 in the second game. He will be hoping to bounce back and notch up a big score in the series-deciding third Test between the two sides which is currently underway in Cape Town.