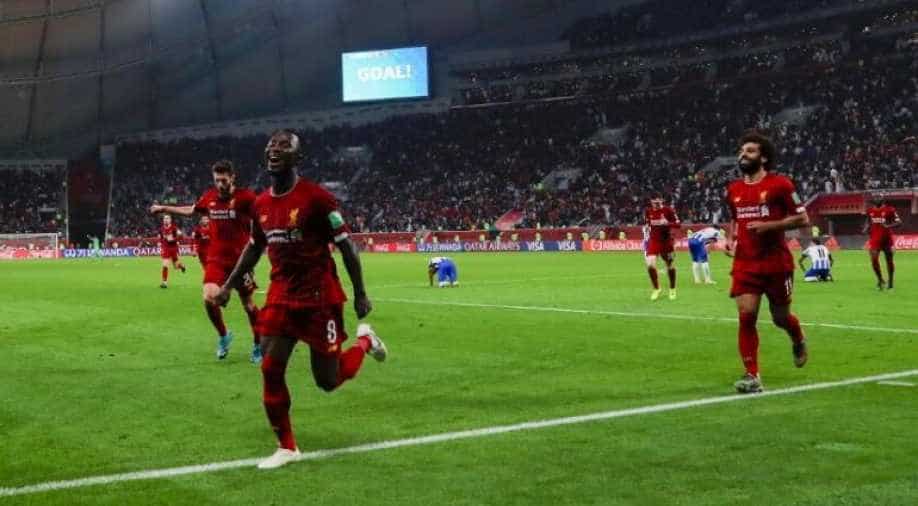 British Police want at least six Premier League matches and any Liverpool title clincher to be played at neutral venues when the season resumes in a bid to avoid supporters gathering outside stadiums.

British Police want at least six Premier League matches and any Liverpool title clincher to be played at neutral venues when the season resumes in a bid to avoid supporters gathering outside stadiums.

Premier League chiefs have set June 17 as the date for the top flight to restart following the coronavirus delay.

They hope to play the majority of the matches behind closed doors on a home and away basis at clubs' usual stadiums.

However, police are concerned about the issue of hardcore fans potentially flouting social distancing rules by congregating wherever their team play.

With Liverpool two wins away from clinching their first English title for 30 years and other relegation and European qualification issues to be decided in the remaining 92 fixtures, there is potential for police resources to be stretched if matches draw crowds outside grounds.

"Our discussions with the Premier League throughout this process have been positive, with a shared focus on the priority of public health," said Deputy Chief Constable Mark Roberts of South Yorkshire Police.

"As such we have reached a consensus that balances the needs of football, while also minimising the demand on policing.

"The majority of remaining matches will be played, at home and away as scheduled, with a small number of fixtures taking place at neutral venues, which, contrary to some reports, have yet to be agreed."

Liverpool could even clinch the title as early as the first weekend of the restart if Manchester City lose to Arsenal and they beat Everton.

The police statement added that "the game in which Liverpool could secure the league title" should also be moved, although that may end up needing to be more than one match if the Reds did not clinch it at the first attempt.

"The Premier League's ambition is to complete all of our remaining fixtures this season home and away, where possible," a Premier League statement said.

"We are working with our clubs to ensure risks are assessed and minimised, while co-operating with the police at a local and national level.

"Discussions with the National Police Chiefs' Council and UK Football Policing Unit have been positive and are continuing. We are prepared for all outcomes and have a neutral venue contingency."

There had been complaints from some clubs towards the bottom of the table, including Brighton, about the impact of playing at neutral venues on sporting integrity.

Brighton chief executive Paul Barber is confident his relegation-threatened side's matches will not be at neutral venues.

"Obviously the majority of home games we expect to be at home for everybody," he said.

"And I understand there are some small number of games where the police do need to look more carefully at the operations for those games.

"But we don't know which games they are, we haven't been given that information so, as far as we're aware of this side, it doesn't affect our club."

Individual police forces were asked which games concerned them and clubs will hold further discussions on whether to proceed with the season on this basis when they meet again on June 4.

It has not yet been decided where neutral games would be staged.

"The views and agreement of forces which host Premier League clubs have been sought and where there were concerns, the Premier League has been supportive in providing flexibility in arranging alternative venues where requested," Roberts said.