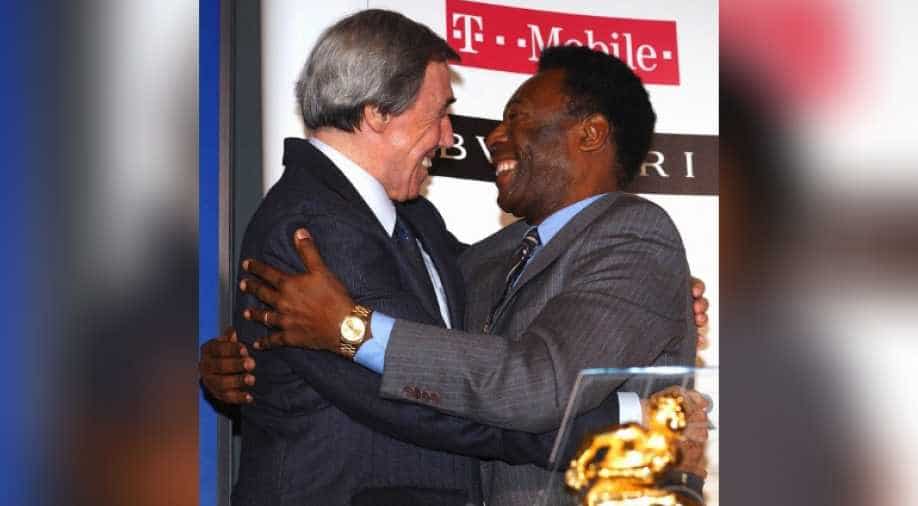 Pele and Gordon Banks will forever be connected by the save of the century in Mexico in 1970.

Pele and Gordon Banks will forever be connected by the save of the century in Mexico in 1970, and the Brazilian legend explained exactly why on Tuesday as he paid tribute to a "fine human being" and "a goalkeeper with magic."

The death of the 81-year-old former England keeper was announced by his former club Stoke City on Tuesday.

Banks leapt across the goalmouth to turn Pele's header around the post in the first-round clash in Guadalajara in 1970. The miraculous stop was soon dubbed "the save of the century."

"For many people, their memory of Gordon Banks is defined by the save he made against me in 1970," Pele said in a Facebook post. "I understand why."

"The save was one of the best I have ever seen - in real life and in all the thousands of games I have watched since."

"When you are a footballer, you know straight away how well you have hit the ball. I hit that header exactly as I had hoped. Exactly where I wanted it to go. And I was ready to celebrate."

"But then this man, Banks, appeared in my sight, like a kind of blue phantom, is how I described him. He came from nowhere and he did something I didn't feel was possible. He pushed my header, somehow, up and over. And I couldn't believe what I saw. Even now when I watch it l, I can't believe it. I can't believe how he moved so far, so fast."

"I scored so many goals in my life, but many people, when they meet me, always ask me about that save. While it was indeed phenomenal, my memory of Gordon is not defined by that - it is defined by his friendship. He was a kind and warm man who gave so much to people," the 78-year-old Pele wrote.

"So I am glad he saved my header - because that act was the start of a friendship between us that I will always treasure. Whenever we met, it was always like we had never been apart."

"I have great sadness in my heart today and I send condolences to the family he was so proud of."

"Rest in peace, my friend. Yes, you were a goalkeeper with magic. But you were also so much more. You were a fine human being."