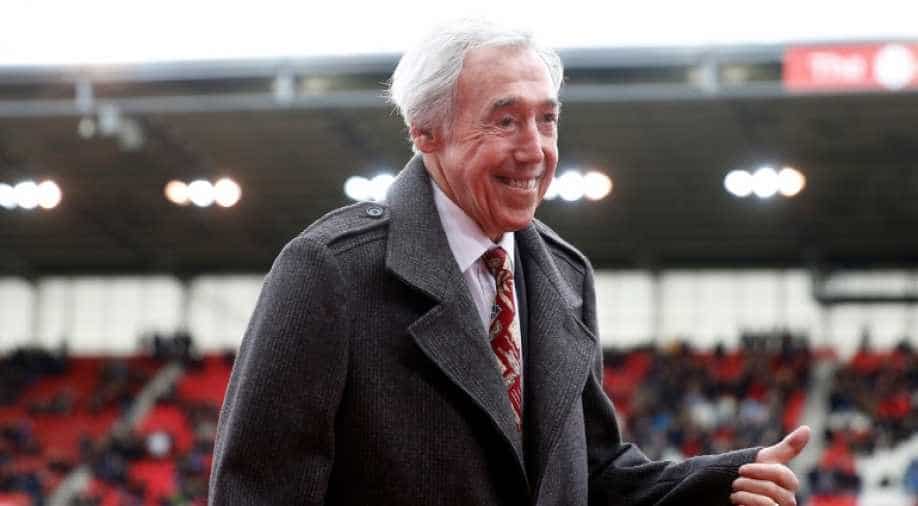 Banks began his career at Chesterfield in 1958 and moved to Leicester City the following year. He won his first England cap in 1963, four years before he joined Stoke.

Gordon Banks, the goalkeeper in England's 1966 World Cup-winning team, has died at the age of 81, his former club Stoke City said on Tuesday.

Banks won 73 caps for England between 1963 and 1972 and made nearly 200 appearances for Stoke before his playing career was brought to an end due to a car crash that cost him the sight in one eye.

He was widely regarded as one of the greatest goalkeepers to have played the game and will perhaps be best remembered for the diving stop he made to deny Brazil's Pele at the 1970 World Cup, which later became known as the "save of the century".

We’re deeply saddened to hear that Gordon Banks, our #WorldCup-winning goalkeeper, has passed away.

Our thoughts are with Gordon’s friends, family and supporters at this difficult time. pic.twitter.com/nbzncYBCFA

"An all-time great for England, moments from his remarkable World Cup-winning career will continue to linger long in the memory."https://t.co/HGCrWnmkqX

"It is with great sadness that we announce that Gordon passed away peacefully overnight," Banks' family said in a statement posted on Stoke's official website.

"We are devastated to lose him but we have so many happy memories and could not have been more proud of him."

Banks began his career at Chesterfield in 1958 and moved to Leicester City the following year. He won his first England cap in 1963, four years before he joined Stoke.