Opinion: Why Kapil Dev is Indian Cricketer of the Century 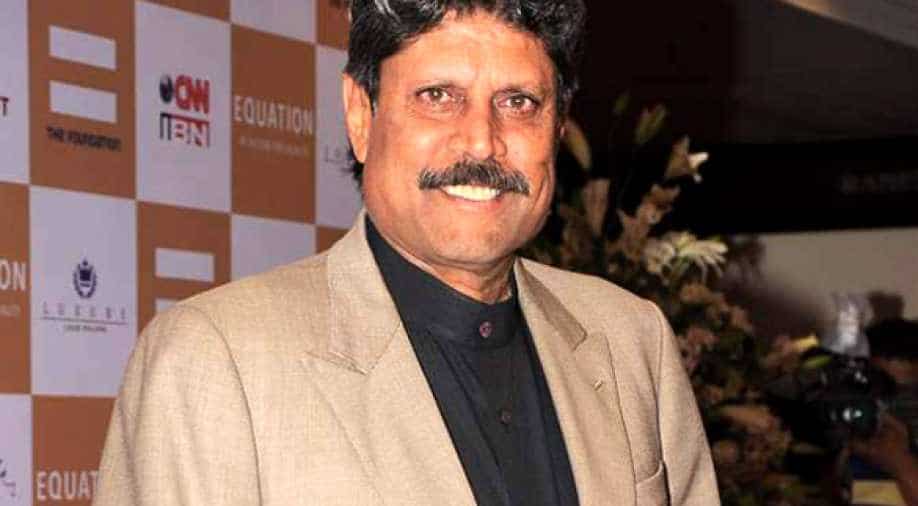 "There are no fast bowlers in India," a spunky 15-year-old boy from Haryana was told while being served a plain lunch at a training camp at Brabourne Stadium in 1974. Stung by the statement, the boy took it to heart, and in the coming decade went on to become one of Indian cricket’s greatest fast bowlers ever. That boy became a legend. A legend called Kapil Dev.

Born on January 6, 1958, at Chandigarh (Haryana), Kapil Dev became renowned for bowling fast at a time when India literally didn't produce any fast bowlers. Touring teams to India were so used to the spin and bounce on the slow pitches there that Kapil came as a real surprise with his ability to swing the ball away at pace and his never say die attitude. He was tall, had a smooth action and even had a lethal bouncer to unruffle the batsman – at long last, Indian Cricket had found a bona fide fast bowler.

In a glittering career spanning 16 years, Kapil went on to become the leading wicket-taker of the world in Test cricket at one point with 434 wickets to his name. A testimony to Kapil’s extraordinary skill as a seam bowler was that 219 out of his 434 wickets came in the heat, dust and humidity of Indian conditions.

Apart from being a brilliant fast bowler, Kapil was also among the best all-rounders of his time. A hard-hitting lower-order batsman, Kapil could change the complexion of any game – a trait that he exhibited several times in his career – with his batting alone. In fact, as Sunil Gavaskar has lamented on several occasions, had Kapil given more regard to his batting abilities he would certainly have had more than 5248 runs and 8 centuries in Tests.

Regardless, Kapil was one of Indian cricket’s greatest ever servants – a champion like no other.

He led India to a historic maiden World Cup triumph. Prior to the 50-over World Cup in England in 1983, India was not even in consideration and West Indies, who was aiming for a hat-trick of World Cup wins, was the prime contender. However, Kapil changed that by leading India to its first ever World Cup triumphs after defeating the West Indies in a momentous final at Lord’s. In a team of underdogs, Kapil had infused life and spirit and himself led from the front and that incredible running catch to dismiss Vivian Richards in the finals was the stuff of legends.

He smashed that epic 175 off 138 balls against Zimbabwe in the ’83 World Cup. This will undoubtedly rank as one of the all-time great ODI knocks, given the situation and the occasion it came in. In the all-important league encounter versus Zimbabwe in the 1983 World Cup, the Indian team was reeling at 17-5 before Kapil came in, and in an absolutely dazzling display of batsmanship, smashed 175 off 138 balls with 16 fours and 6 sixes that helped India achieve an emphatic win and progress to the semis of the tournament.

His 9-83 against West Indies on a slow Ahmedabad track was a tremendous effort. It’s strange that this effort isn’t recalled as much as it should be. On a slow Ahmedabad surface in the 1983 Ahmedabad Test against the mighty West Indian - containing the likes of Gordon Greenidge, Vivian Richards, Clive Lloyd and others - Kapil produced his best ever Test bowling figures of 9-83. While India lost the match, Kapil’s performance was one to cherish.

He was the fittest Indian cricketer of his times.  Long before fitness became a fad in cricket, Kapil Dev had set an example with his raw fitness. Unlike today, there weren’t any fancy gymnasiums then and Kapil remained fit by just running countless laps. A reflection of his great fitness is that in the 131 Tests he played, he never missed a game due to injury.

Named as the Indian Cricketer of the Century by Wisden over Sachin Tendulkar and Sunil Gavaskar, Kapil Dev truly is an all-time great. He is the only cricketer in history to have taken 400 wickets and scored over 5000 runs and his phenomenal feats have served as an inspiration for generations of Indian youngsters.

While Kapil’s prolific achievements have left an indelible mark on world cricket and shall always be cherished, what perhaps should be acknowledged more is that he was one of the rare Indian cricketers of his times who went on to be an international sports star despite emerging from a small town. On his 59th birthday, let’s celebrate this outstanding cricketer’s unforgettable career.