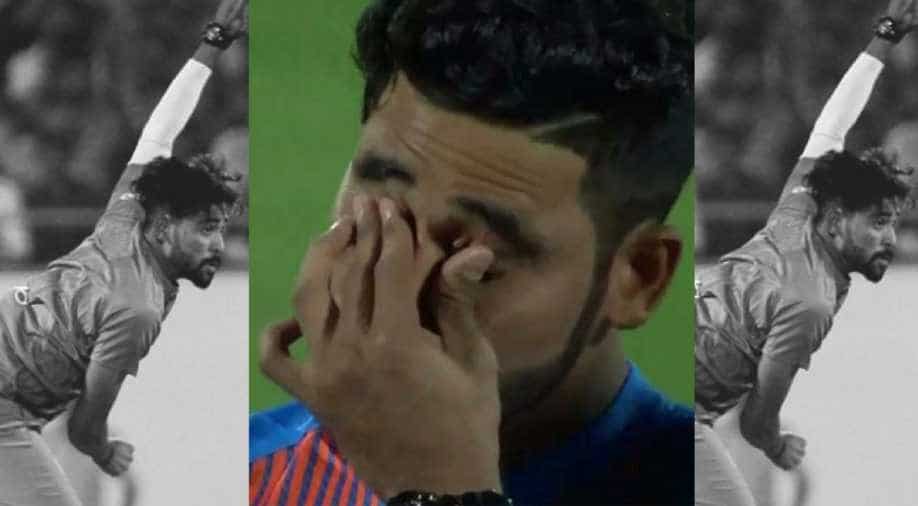 He wasn’t at his fluent best. But stand-in captain, Rohit Sharma, finally found some good form in India’s Nidahas Trophy 2018 encounter against Bangladesh and led his team into the finals of the tournament. Rohit led from the front on a sticky wicket at Colombo and his 89 off 61 balls was instrumental in giving India a comprehensive 17-run victory.

After winning the toss, Bangladesh decided to put India in. Prior to last night’s game, every team that had batted second in this tournament had won the match. But India put on a solid batting display on a tough wicket that thwarted the opposition. The pitch at Colombo was a little different from the ones used earlier and the ball wasn’t coming off the bat. Stroke-making was difficult as the ball was gripping and it wasn't easy to hit on the up. But the Indian openers showed patience and formed a solid 70-run stand. After Shikhar Dhawan departed for 35, Suresh Raina (47 off 30 balls) came in and played an effortless knock that helped chug the Indian innings along.

Raina and Rohit formed a scintillating 102-run stand for the second wicket that gave India a solid foundation. Rohit’s innings was especially laudable. He took his time to get in. Initially he wasn’t getting the big hits but slowly, as he got used to the pace of the wicket, Rohit began striking the ball well and eventually struck some glorious strokes all over the park. Rohit got dismissed in the last ball of the innings for a fantastic 89 off 61 balls with 5 fours and 5 sixes. It was an excellent knock and helped India achieve an above-par total of 176-3.

Bangladesh began their chase well with Tamim Iqbal in good striking form. The left-handed opener took 18 runs of Shardul Thakur's first over and it looked like Bangladesh would give this target a real chase. However, young Washington Sundar yet again proved his worth in the Powerplay overs. The 18-year-old off-spinner bowled exceptionally well and grabbed three wickets inside the first six overs. He gave the ball a lot of loops, bowled tight channels and kept things simple. The batsmen found it hard to go against him and kept losing their wickets. In the end, Sundar’s 22 runs for 3 wickets in four overs proved to be decisive.  This youngster has proved his mettle regularly and it is time that the selectors begin thinking of Sundar as a future prospect as he clearly has the abilities for it.

The only blip in an otherwise complete performance by India was Mohammed Siraj’s bowling. The young fast bowler went for 50 runs in his 4 overs and this is now his fourth international T20 game where he has conceded more than 40 runs. Perhaps it is time to start looking beyond him now.

For Bangladesh, save for Mushfiqur Rahim’s 72 off 55 balls, none of the other batsmen showed any real gumption to stay at the wicket. Had someone played alongside Rahim, Bangladesh might have got to the target. With just one more game remaining in the tournament, Bangladesh’s team management has to be a little more cautious in how they approach their game because another slip up would mean curtains for them. Their next match is against Sri Lanka on Friday and the winner of that game would progress to the finals. The Tigers would hope for a better show from their batsmen next time.

Meanwhile, things are looking good for this new-look Team India. Captain Rohit Sharma should be pretty pleased as things are falling place for the team pretty nicely. India would certainly be high on confidence for the finals and would be hoping for another clinical show from the players.