Opinion: Australian Open dazzles because of Wozniacki, Kerber and Halep 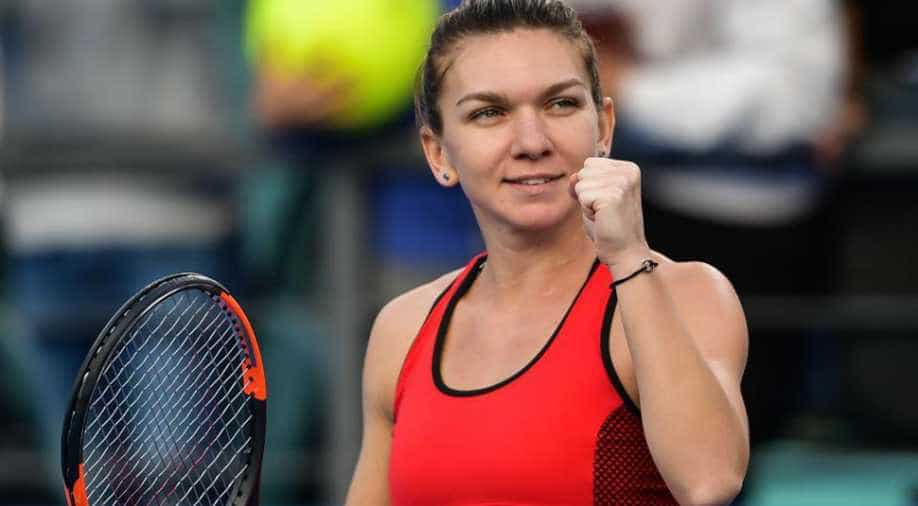 The world No 1 Simona Halep eases past Eugenie Bouchard 6-2 6-2 to make her 4th Australian Open third round. Photograph:( AFP )

As the Australian Open enters the second week, things started veering dramatically. By and large, the apprehensions which loomed at the time of kick-start of the Australian Open came to the fore and turned into reality. Many big stars were suffering from injuries during the start of the year 2018. Andy Murray did not participate and Djokovic, Nadal and Wawrinka came to Melbourne with injury scares. 2014 champion Wawrinka succumbed early and crashed out in the 2nd round but it was smooth sailing for Djokovic and Nadal during the first week.

The first shocker came on Monday 22nd January, when Novak Djokovic crashed out of the tournament. A spirited performance by South Korean Chung Hyeon, coupled with fitness issues of Djokovic ensured ouster of Djokovic. It is the Australian Open where Djokovic won his first Grand Slam exactly 10 years back in 2008. Australian Open has been to Djokovic, what French Open is to Nadal and Wimbledon is to Federer – A real den.  Djokovic has lifted trophy here six times in past one decade.

It was Nadal’s turn next day to succumb. Rafael Nadal is a fighter and he put up a strong show against last year Wimbledon finalist Marin Cilic. Nadal was forced to take an injury timeout in the fourth set. He finally gave up in the fifth set and his disappointment was palpable.

It is a sad start of the year for Nadal, who had a dream run in 2017, winning two Grand Slams and ended up runners-up in Australian Open last year. But Nadal knows how to bounce back. After his French Open triumph in 2014, Nadal plummeted but bounced back with a bang after three years in 2017.

But an even bigger wave was created by the 23 years old Britisher Kyle Edmund. Edmund had better of the 3rd seeded Dimitrov in the quarter-final and stormed into the semi-final. Edmund is only the 6th British player to reach the Grand Slam semi-final in the open era and that speaks about the grandeur of his achievement.

Now in the Men’s singles, Roger Federer and Marin Cilic are the two formidable players left in the fray.

In Women’s Singles, the second-seeded C. Wozniacki is in the last four. It is a big relief for Wozniacki who saved two match points in the second round. But she has been playing sublime Tennis after that 2nd round scare. Wozniacki’s run is somewhat reminiscent of Boris Becker’s voyage in the 1989 US Open. In the US Open of 1989, Becker survived two match points in the fourth round and eventually won the tournament. Wozniacki is two steps away from the summit position and repeats Becker’s feet.

However, all eyes are on the 2016 champion Angelique Kerber. 30- years-old Kerber is a veteran as she turned professional 15 years back. Kerber struggled all through 2017 but in 2018, she is a different player. Kerber has defeated 17th seed American Madison Keys in the quarter-final.

Keys perhaps has been the most impressive player in this year's Australian Open as she hadn’t dropped a set till the quarter-final.  A scoreline of 6-3 6-2 against 8th seeded Caroline Garcia in the 4th round speaks about the form Keys is in but she was no match to Kerber in the semi-final.

Top-seeded Simona Halep is also in the quarter-final. It would be an interesting battle for the title between Wozniacki, Kerber, and Halep for the Women’s singles.

In the next few days, history may be created as Federer may become the first man to take his Grand Slam tally to 20. Make no mistake about Federer’s form – Federer hasn’t dropped a single set till now in this tournament.

A very special mention needs to be made of bespectacled 21-year-old South Korean Chung Hyeon, who toppled Djokovic. This morning Chung defeated American Tennys Sandgren in the quarter-final and now he is in the last four. After all, how many times you have seen an Asian playing in the Grand Slam semi-final and defeating a 12 Grand Slams holder. I am sure you would struggle to figure out this in history. Hats off Chung.