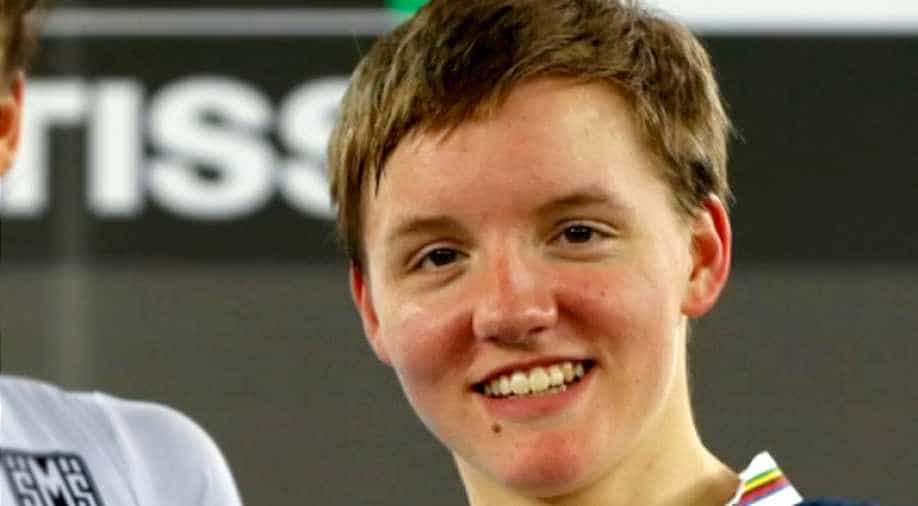 Catlin's father claimed in a letter that Kelly's death was a suicide.

Cyclist Kelly Catlin, who helped the United States win the women's pursuit team silver medal at the 2016 Rio Games, died at the age of 23.

"The US cycling community suffered a devastating loss with the passing of Kelly Catlin," USA Cycling President and Chief Executive Rob DeMartini said in a statement.

"Kelly was more than an athlete to us, and she will always be part of the USA Cycling family," he added.

As per reports, her father Mark Catlin claimed in a letter that Kelly's death was a suicide.

"There isn’t a minute that goes by that we don't think of her and think of the wonderful life she could have lived," Mark Catlin wrote to the publication. "There isn’t a second in which we wouldn’t freely give our lives in exchange for hers. The hurt is unbelievable."

Catlin, who was a native of Minnesota, bagged several elusive medals in cycling in her short-lived career.

Apart from cycling, Catlin was an academic aspirant as tried to balance her education and pro racing.

She was an alumna of the University of Minnesota and was a graduate student at Stanford University, studying computational mathematics.

According to a guest article she wrote in February for a cycling magazine Velo News, Catlin described her struggles in juggling her academic and athletic career.

"Being a graduate student, track cyclist, and professional road cyclist can instead feel like I need to time-travel to get everything done. And things still slip through the cracks."

"It's like juggling with knives, but I really am dropping a lot of them. It's just that most of them hit the floor and not me," she added.

"The greatest strength you will ever develop is the ability to recognize your own weaknesses, and to learn to ask for help when you need it."

But she mentioned that slowly and painfully she has just begun learning it.