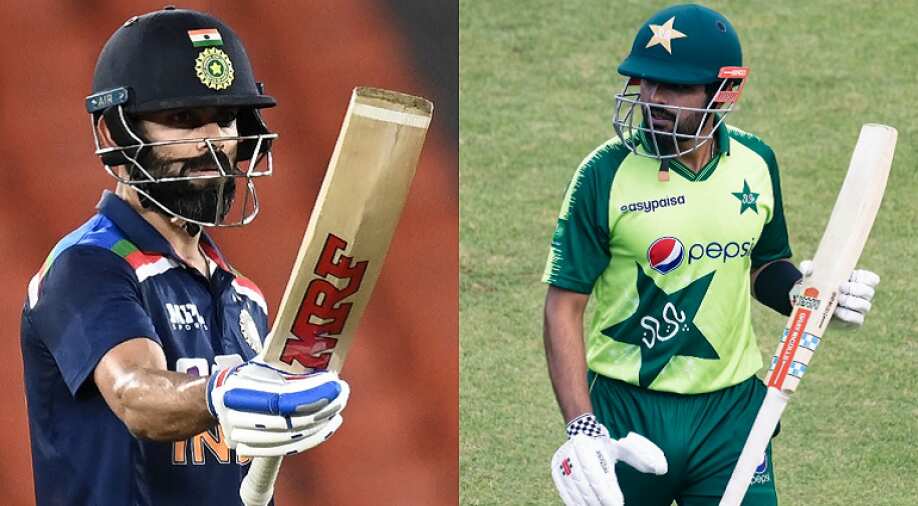 Former Pakistan pacer Aqib Javed has made a bold claim as he gave his take on the Virat Kohli vs Babar Azam debate.

Indian superstar Virat Kohli and Pakistan captain Babar Azam are currently two of the best batters in the world. Both Babar and Kohli have been consistent performers for their respective teams' across formats and have performed against the best of bowlers in the world. The duo has often been pitted against each other owing to their batting heroics.

While Koli has already proved his credentials and has been one of the most prolific run-getters over the years, Babar has been the go-to man for Pakistan in all formats. Kohli averages over fifty in both ODIs and T20Is and 49.95 in Tests while Babar is among the top five batters in all three formats.

However, in the last couple of years, Kohli has not been at his best having last scored an international century for India in November 2019. On the other hand, Babar has been among the runs consistently for Pakistan and notched up two centuries in the ODI series against Australia at home last month.

Javed claimed Babar is ahead of Kohli at present as he is on the upward trajectory in his career while Kohli is coming down after hitting his peak. "Now I think Babar is ahead. He (Kohli) had his peak, but now it is going down. But Babar, on the other hand, is going up," Aqib was quoted as saying by Cricket Pakistan.

"I now think that Shaheen is better than Bumrah because when Shaheen came into the international circuit, Bumrah had already established himself and the critics used to say that Bumrah is doing well in Tests, T20Is, and so but now Shaheen has proved he is even better and has more capacity than Bumrah," said Javed.