Not MS Dhoni or Ravindra Jadeja! Robin Uthappa names CSK star who played a role in his transfer from RR 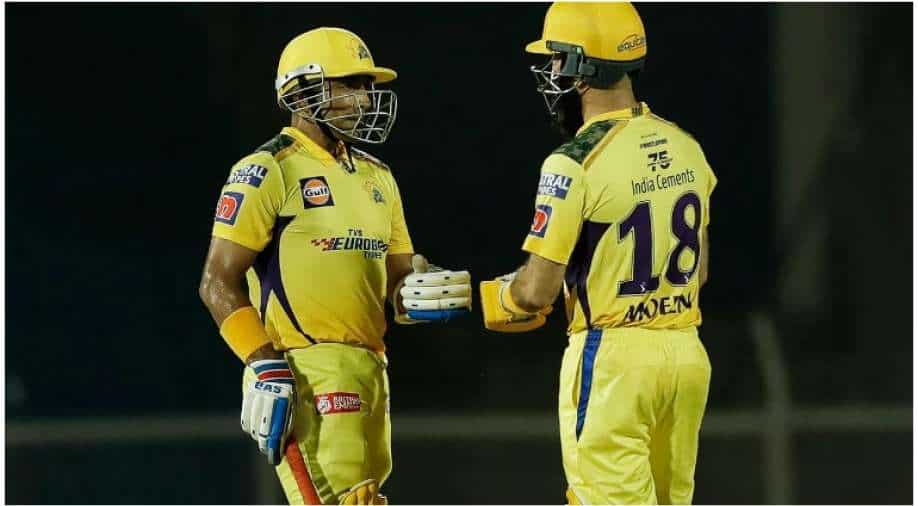 Uthappa reveals which CSK player was responsible for his transfer from RR (Photo IPL/BCCI) Photograph:( Others )

Robin Uthappa shifted to the Rajasthan Royals (RR) and represented the one-time winners in IPL 2020 before being transferred to his current franchise, i.e. the Chennai Super Kings (CSK) prior to the previous year's season.

Robin Uthappa has been a part of the IPL since its inception. The veteran Indian player has represented a plethora of IPL franchises. When IPL was still in its early years, Uthappa played for the Royal Challengers Bangalore (RCB), Mumbai Indians (MI), now-defunct Pune Warriors (PW) before having his best time at the Kolkata Knight Riders (KKR).

Later, Uthappa shifted to the Rajasthan Royals (RR) and represented the one-time winners in IPL 2020 before being transferred to his current franchise, i.e. the Chennai Super Kings (CSK) prior to the previous year's season. Thus, the swashbuckling left-hander has had quite a journey in IPL and now feels settled with the Yellow Army.

Reflecting on his transfer from RR to CSK, Uthappa recently revealed -- in a freewheeling chat with R Ashwin on Youtube -- which Chennai star player had a key role in initiating his transfer talks. "Kerala had a Syed Mushtaq game against Andhra in Bombay. Amba [Rayudu] was leading the Andhra side. Rayudu asked, 'what's happening with you'. He was like, 'Bro, I'll do one thing. I will give you Kasi Sir's [CSK CEO Kasi Viswanathan] number. You call Kasi sir. We want a player like you in our team. Why don't you give him a call?'"

"From RR I got to know that the conversations had begun and we will see where it goes and then Kasi sir called me after two days. I was leaving Bombay. He said, 'Rob the deal is done. You're gonna be coming to us. MS said that he doesn't have anything to do with the decision. The support staff believes that you'll be a great value to our team'," added the CSK opener.

Uthappa has played only a limited number of games (7) for CSK but already has two half-centuries and was part of their IPL 2021 title-win.