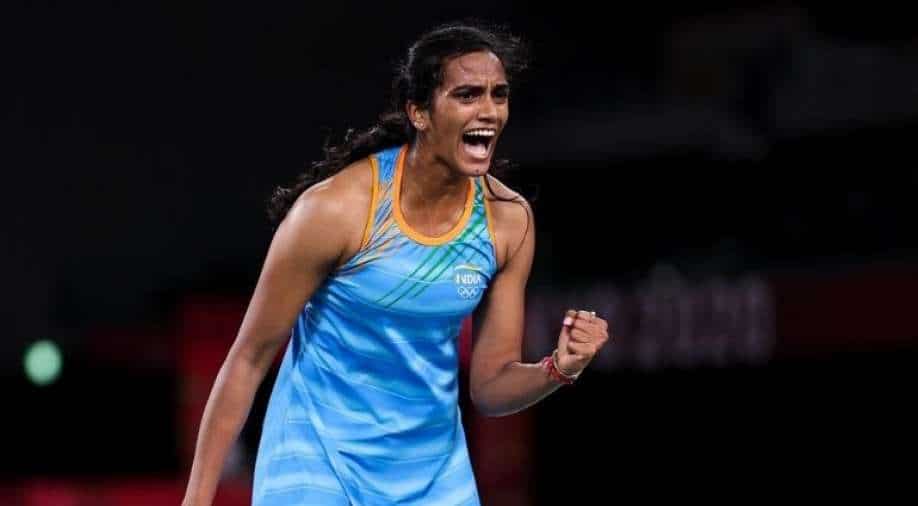 Amid the buzz over her extraordinary achievement, Sindhu has been making headlines for her plans of eating ice cream.

Star shuttler PV Sindhu, who ended her Tokyo Olympics campaign with an emphatic finish in badminton women singles event by bagging a coveted bronze medal, opened up about her journey at the Games. In an exclusive chat with WION, Sindhu spoke on a range of topics.

In the bronze-medal match, PV Sindhu defeated China's He Bing jiao 21-13, 21-15 to add a bronze to Rio 2016 silver. With the win, she became the first Indian woman athlete to win two individual Olympic medals, and second Indian after wrestler Sushil Kumar.

Amid the buzz over her extraordinary achievement, Sindhu has been making headlines for her plans of eating ice cream. Recently, her father PV Ramana spoke to ANI and apprised them of Sindhu's plans to eat ice cream with Indian Prime Minister Narendra Modi.

The reference to ice cream came in limelight, as on July 13th, PM Modi had interacted with PV Sindhu and her parents virtually over preparation for Tokyo Olympics and asked them about the shuttler's diet. He also asked whether Sindhu was allowed to have what she wanted to eat including her favourite ice cream.

When Sindhu said that she has to control her diet, keeping in mind the preparation, PM Modi promised that he would eat ice cream with the athlete after her competition concluded.

Watch PM Modi's interaction with Sindhu and her parents:

Being an athlete requires a rigorous schedule and hardwork. I asked @Pvsindhu1 about her love for ice-cream and also interacted with her parents. pic.twitter.com/Hlapc8VJhp

Not just Sindhu, recently, India's star weightlifter Mirabai Chanu, who won a silver medal at Tokyo Olympics, was heard in one of the media interviews that she wishes to eat pizza and that too 'a lot of it'.