No pressure, Emma Raducanu ready to have a swing at Australian Open 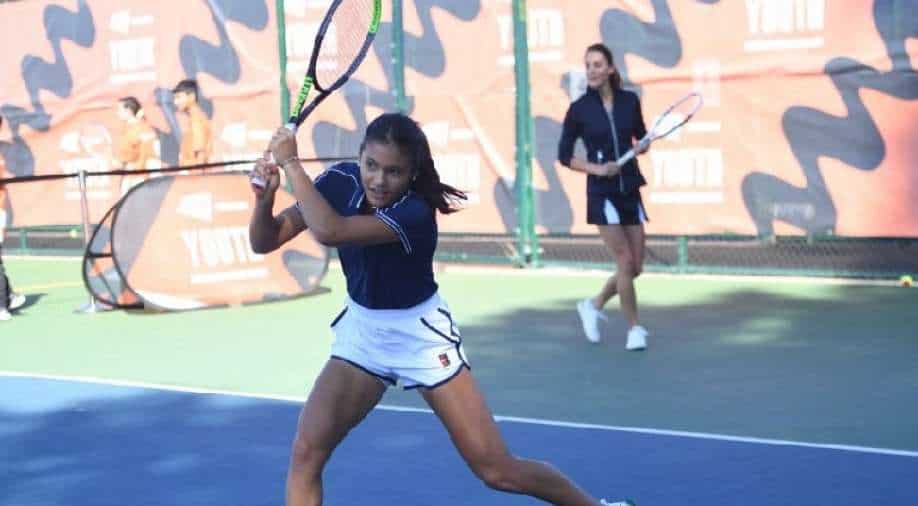 No pressure, Raducanu ready to have a swing at Australian Open Photograph:( AFP )

Raducanu, who faces American Sloane Stephens in the first round at Melbourne Park, became the first qualifier to win a Grand Slam in the Open era when she defeated Leylah Fernandez in New York last September.

Emma Raducanu has struggled to live up to sky-high expectations since winning her maiden Grand Slam at Flushing Meadows last year but the Briton says she is not worried about her poor form and will play without pressure at the Australian Open.

Raducanu, who faces American Sloane Stephens in the first round at Melbourne Park, became the first qualifier to win a Grand Slam in the Open era when she defeated Leylah Fernandez in New York last September.

But she struggled to get close to that form in subsequent tournaments with a series of early exits prompting criticism, while testing positive for COVID-19 at Christmas also impacted her preparations for the new season.
"I feel, because of the last few months I`ve had, maybe I haven`t played as much as I would have liked to and trained so much," said Raducanu, who is ranked 17th in Melbourne.

"I feel like there`s actually no pressure on me. I`m just happy to be here and have a swing. I had to jump a few hurdles to play here, so (I) just want to go out there and have fun and enjoy on the court."

The 19-year-old played her first match of the year in Sydney last Tuesday and lost 6-0 6-1 to Kazakh Elena Rybakina, a defeat she put down to rustiness rather than any lingering effects of COVID-19.

Read Also | Australian Open will be great with or without Novak Djokovic: Rafael Nadal on visa controversy

"It was definitely a lack of practice," she said. "I think I played maybe six, seven, really not many hours at all.
"I wasn`t tested physically in that match, the points were over so fast.
"It will be good to keep building and see. I`m currently feeling physically good."

Raducanu has been handed a tough opening round draw against 2017 U.S. Open winner Stephens, who is ranked 65th in the world but has been as high as number three.

"I watched Sloane win the U.S. Open," said Raducanu.
"I hit with her last year actually. Great opponent. Obviously you don`t win a Grand Slam without being very capable.
"I think it`s going to be a tough match for sure. I`m going to go out there and enjoy the match because just playing in this Grand Slam, I had to work so hard to be here."