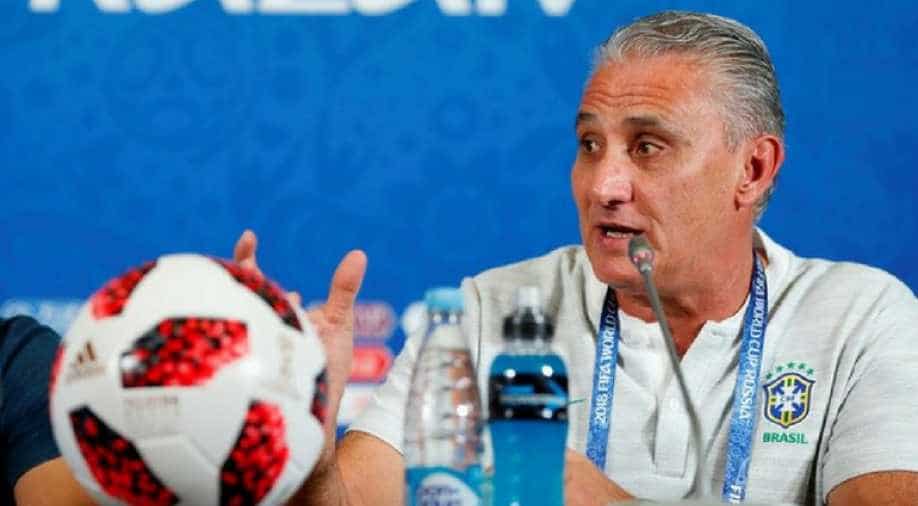 Neymar injured a metatarsal in his right foot during their 2-0 French Cup win over Strasbourg on January 23.

The 2019 Copa America will kick off with Brazil against Bolivia in Sao Paulo on June 14 and take place in five Brazilian cities.

Brazilian coach Tite is worried about Neymar, who injured a metatarsal in his right foot during their 2-0 French Cup win over Strasbourg on January 23 which was confirmed by the club Paris St Germain.

The 26-year-old left the pitch after twisting his foot and the club said initial examinations revealed a "reactivation of the lesion of the fifth right metatarsal", adding that treatment would depend on how the injury heals in the next few days.

"I have the same information that you do: It will take 3 days to see the real extension of the damage, the recovery process, how he reacts. We hope everything is fine, Tite added."

The Brazilian had fractured the same metatarsal last February and required surgery that effectively ended his club campaign. He returned to action in May, in time for the World Cup in Russia.

Brazil have not won Copa America since 2007 and one they will be under huge pressure to win on home soil.

However, host Brazil was drawn in a relatively easy group for this year's tournament, where it will face Bolivia, Venezuela and Peru.

"Bolivia and Venezuela are not well ranked, they ended in 9th and 10th (at last World Cup Qualifiers). Theoretically, they are not at the same level of Peru. But that doesn't mean that they will make our lives easier on the pitch," said Tite.

Neymar is doubtful for next month's Champions League clash against Manchester United.