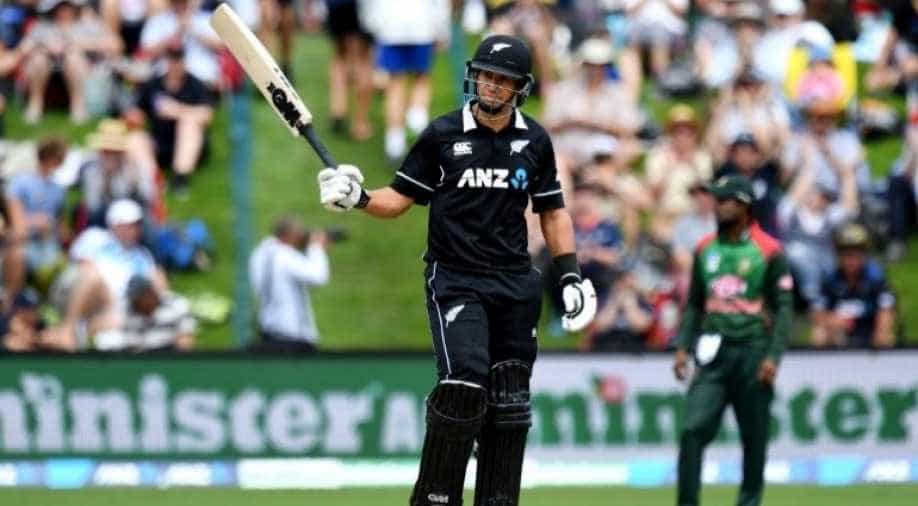 Taylor top scored with 69, his 47th ODI half-century, to move to 8,026 career runs and ahead of former captain Stephen Fleming's 8,007 as New Zealand scored 330 for six at University Oval.

Ross Taylor on Wednesday became New Zealand's highest scorer in one-day internationals as he helped his side secure an 88-run victory over Bangladesh in the third and final 50-over game in Dunedin.

The 34-year-old top-scored with 69, his 47th ODI half-century, to move to 8,026 career runs and ahead of former captain Stephen Fleming's 8,007 as New Zealand scored 330 for six at University Oval.

Tim Southee then took three wickets in his first two overs with Sabbir Rahman's maiden one-day century not enough as Bangladesh were dismissed for 242 in 47.2 overs to give New Zealand a 3-0 series sweep.

"I knew I was close at the start of the day ... but that was only because I was told I was 50 runs away by a journalist yesterday," Taylor told Sky Sports on Wednesday.

"It was nice to get the reception I got," he added of the standing ovation he received when he reached 51 and the crowd were told of the significance of the score. "Very humbling."

The right-handed batsman, who now has an average of 48.34, however, said he did not expect to hold the record for too long.

"It's nice to set the bar for the next guy," Taylor added. "Probably Guppy (Martin Guptill) and then Kane (Williamson) after that."

New Zealand have no more official ODIs before the World Cup that starts on May 30, but Taylor said he felt they had learned enough from 3-0 series sweeps against Sri Lanka and Bangladesh and a 4-1 loss to India to be competitive in England.