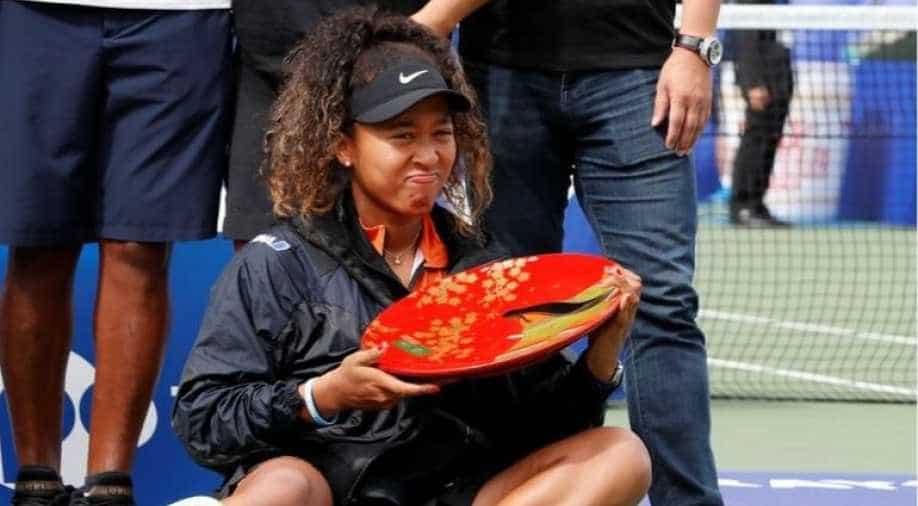 Naomi Osaka lifted her first trophy since winning the Australian Open in January, blasting past Russia's Anastasia Pavlyuchenkova 6-2 6-3 in the Pan Pacific Open final on Sunday.

Her victory marked a return to the ruthless form that helped world number four Osaka claim last year's US Open crown before her Melbourne success, with the 21-year-old not dropping a set all week in Osaka, Japan.

"I just wanted to win this really bad," Osaka, who has endured several lows this season and sacked two coaches in the space of seven months, told a news conference.

She became the first Japanese player to win the title since Kimiko Date in 1995.

"I think what I learned from this tournament is just to focus every point, and just to have really positive energy," Osaka added.

Osaka relied on her powerful serve and groundstrokes to break world number 41 Pavlyuchenkova early in the contest and cruise through the opening set.

Chasing her first title in the tournament having made the final twice before -- in 2016 and 2018 when it was held in Tokyo -- Osaka started the second set in similarly dominant fashion but Pavlyuchenkova saved three break points to hold for 2-4.

However, there was no denying Osaka as she closed out the match on her third matchpoint and stayed on course to qualify for the season-ending WTA Finals in Shenzhen.