My father would cycle 30km to take me to coaching camp: Md. Shami recalls struggles after 200 Test wickets 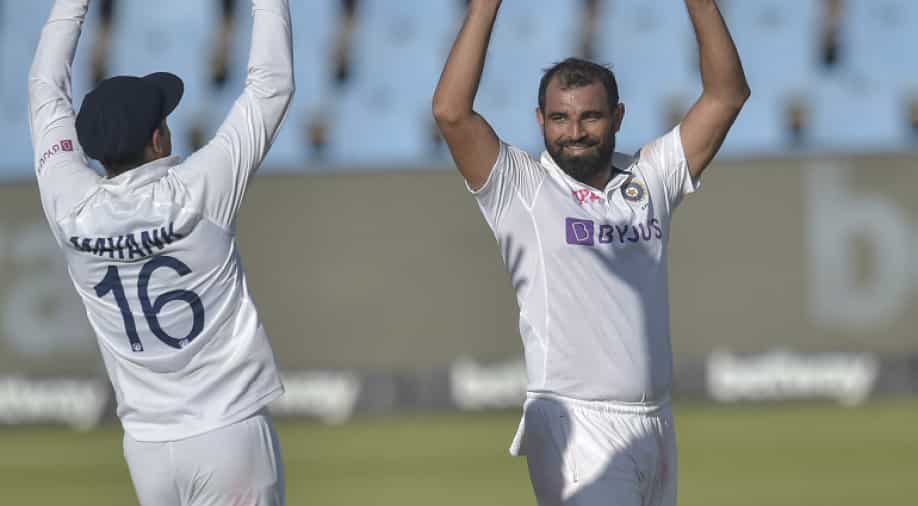 Indan pacer Mohammed Shami recalled his family's struggles before he made it big in cricket. Shami completed 200 Test wickets for India on Tuesday (December 28).

Indian pacer Mohammed Shami ran through the South Africa batting line-up in the onging first Test between the two sides in Centurion on Tuesday to reach the milestone of 200 Test wickets. Shami picked up a five-wicket haul in South Africa's first innings and finished with excellent figures of 5/44 in his 16 overs.

He became only the fifth Indian fast bowler to reach the milestone of 200 wickets in Tests having achieved the feat in 55 Test matches. Shami recalled his struggles and the hardships his family went through to make him the successful cricketer that he is today. Shami, who hails from a remote village in the Amroha district of Uttar Pradesh, recalled how his father would cycle 30kms every day to take him to a coaching camp.

Shami has been one of the consistent performer for India across formats over the last few years and has been a prolific wicket-taker for the team. The right-arm fast bowler recalled how it was not easy for him to make it big in cricket and how his father played a massive role in his rise.

"My father has made me what I am today. I come from a village where there aren't many facilities and even today there aren't all facilities available. Even then, my father would cycle me 30 km to take me at coaching camp and that struggle I still remember. In those days and those situations, they invested in me and I am forever grateful," Shami said after reaching the milestone of 200 Test wickets on Tuesday.

"All you can do is work hard and if you work hard you are bound to get results," he added.

Shami is the third-fastest to reach the milestone of 200 Test wickets among Indian pacers. The 31-year-old has been a prolific wicket-taker for India in the longest format. Reacting to his 200 wicket-milestone, the Indian pacer said he had never dreamt of playing for India as a budding cricketer but is elated to have realised his dream finally.

"No one can ever dream as to what he can ultimately achieve when you are coming up the ranks and struggling to make a mark. Your dream is to become an India player and play with those whom you have seen on TV," said Shami.