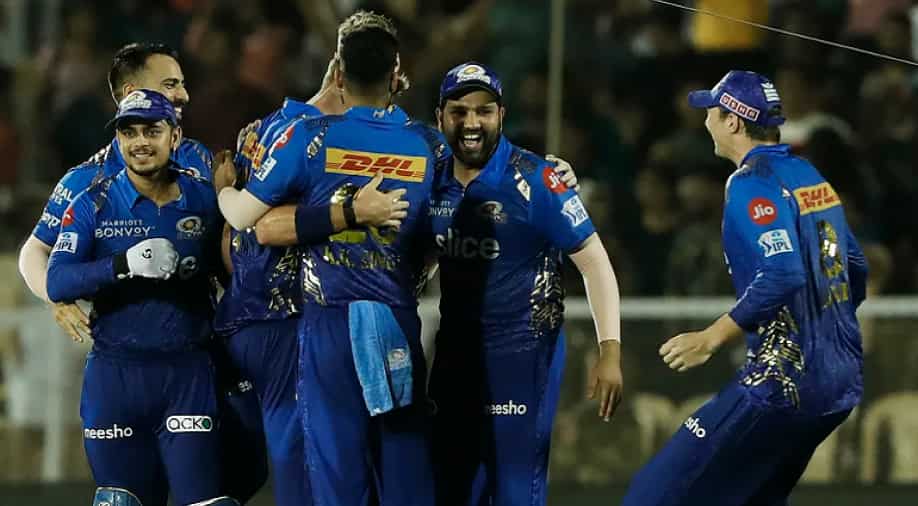 Can Mumbai Indians continue their winning run against KKR? | Photo - IPL | Photograph:( Others )

Mumbai Indians have been already knocked out of the race for playoffs while Kolkata Knight Riders are still in the race. It will be a must-win game for Shreyas Iyer & Co. against MI in IPL 2022 on Monday. Here is all you need to know about the game.

Mumbai Indians (MI) became the first team to be knocked out of the race for playoffs in the ongoing Indian Premier League (IPL) 2022 last week after Rajasthan Royals defeated Punjab Kings. MI have managed only two wins in ten matches in what has been a disastrous campaign for them in IPL 2022.

The five-time champions went on a record-breaking losing streak of 8 matches at the start of the season before winning their last two games in a row to regain some lost momentum. While the Rohit Sharma-led side will now be playing for pride, Kolkata Knight Riders (KKR) have everything to play for as they desperately aim to keep their playoffs hopes alive.

Mumbai Indians will lock horns with Kolkata Knight Riders at the DY Patil Stadium in Mumbai on Monday (May 09). It is a must-win game for KKR, who are just one spot above Mumbai Indians on the points table with 8 points from eleven matches so far this season. KKR will be hoping MI don't spoil their party after bowing out of the tournament.

Also Read: 'Not a big fan of maths': MS Dhoni on CSK's chances of qualifying for IPL 2022 playoffs

KKR have a fair share of concerns in their line-up as their openers have failed to fire while the middle-order has struggled to get them over the line on a few occasions. The bowlers too have been taken to the cleaners more often than not and need to step up against MI, who will be looking to finish the season on a high after a disappointing exit.

Rohit Sharma has a terrific record against KKR and is the highest run-getter against the franchise in IPL history. However, he has been dismissed nine times by Sunil Narine in 170 deliveries against the spinner. It will be an interesting duel to watch between the two.

Kolkata Knight Riders are the only team so far this season who haven't had a fifty-plus opening stand. KKR openers have failed to see off the Powerplay together in all eleven matches in IPL 2022.