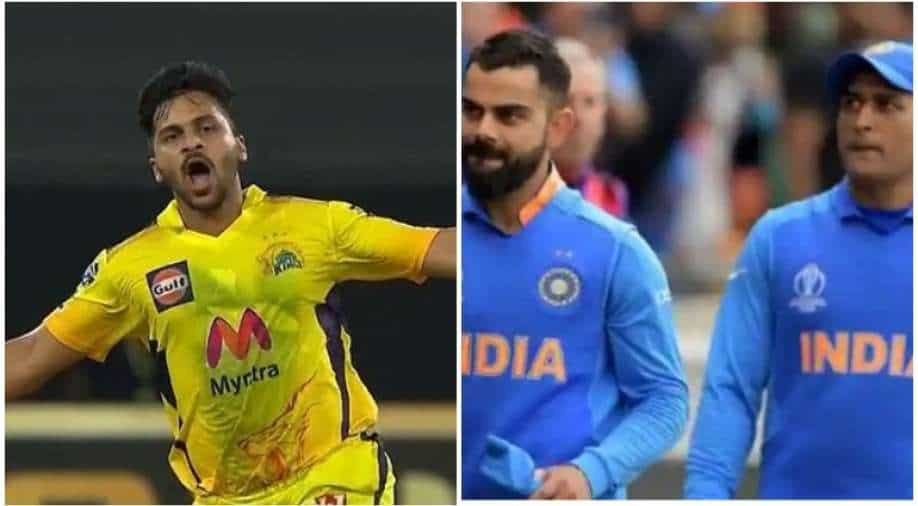 IPL 2021: Given Shardul Thakur's red-hot form, Michael Vaughan believes MS Dhoni will ask Virat Kohli and Ravi Shastri to include him in India's T20 WC squad. At present, Shardul is named in the reserves.

MS Dhoni-led Chennai Super Kings (CSK) lost match 50 of the IPL 2021 edition to the Rishabh Pant-led Delhi Capitals (DC) as the last season's runners-up completed a double over the Yellow Army. Locking horns at the Dubai International Cricket Stadium, Dubai, Dhoni-led CSK gave a tough fight but lost to DC by 3 wickets in defence of a modest 136-5 on Monday (October 4).

Being asked to bat first, CSK were reduced to 62-4 and never really managed to recover as they posted a mediocre 136-5 riding on Ambati Rayudu's 55 not out. In response, DC weren't easily allowed to get away with the match as they won in the final over with 3 wickets to spare. Shardul Thakur's match-changing spell, 4-0-13-2, led to CSK staying in the hunt till the final overs before the eventual result favoured DC.

For the unversed, Shardul is currently named in the reserves for the marquee event, where Dhoni will also rejoin the Indian camp as a team mentor.

ALSO READ | 'It is unfair to......' - Aakash Chopra comes in support of under-fire CSK skipper MS Dhoni after poor outing vs DC

“The mentor of Indian T20 team (MS Dhoni) is behind the stumps, he's the captain of CSK and you probably think he's gonna tell Virat and Shastri 'you know come on…',” Vaughan said in a Cricbuzz video.    He further lauded Shardul and compared him with Sir Ian Botham. "Thakur is very similar to Ian Botham. He makes things happen with the ball in hand. He did it in the Test series. He's doing it in the IPL," Vaughan said.

Shardul has so far accounted for 15 scalps in 13 games for the three-time champions CSK. He remains a potent threat with the bat as well and will like to contribute in a similar manner as the Yellow Army are gearing up for the playoffs. CSK, however, still need to win their last group stage encounter to ensure a top-two finish and compete for their fourth title in this year's edition.