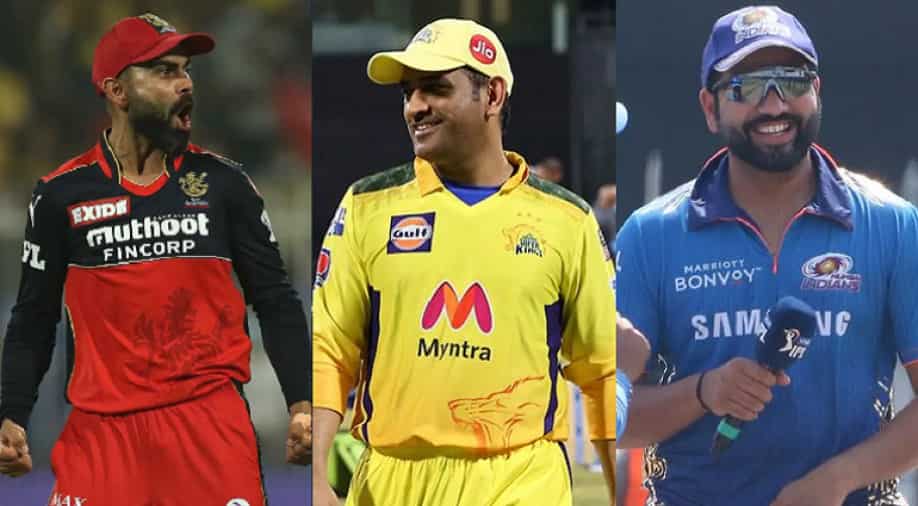 Here is a look at the reported list of retentions for each of the eight IPL franchises ahead of the mega auction. The likes of Chennai Super Kings, Delhi Capitals and Kolkata Knight Riders have retained four players each.

The existing eight franchises of the Indian Premier League (IPL) have all but decided on their retentions ahead of the deadline which is Tuesday (November 30). Each of the eight franchises can retain a maximum of four players. They cannot retain more than three Indians or two overseas players as part of their final four.

Meanwhile, the two new franchises - Lucknow and Ahmedabad have the option to pick at least three players each from the pool of non-retained players once the eight teams have submitted the list of their retained players. While none of the teams have made their retentions official yet, multiple reports have confirmed the players that are set to be retained by each of the eight franchises.

The likes of MS Dhoni, Rohit Sharma and Virat Kohli are all set to stay with their respective teams ahead of the IPL mega auction. However, a number of big names such as KL Rahul, Shreyas Iyer and Hardik Pandya among others are likely to be released by their respective franchises. Here we take a look at the reported final retentions of each of the eight IPL teams.

As per a report in the Times of India, Mumbai Indians have retained veteran all-rounder Kieron Pollard and young wicket-keeper batter Ishan Kishan apart from captain Rohit Sharma and pacer Jasprit Bumrah. MI reportedly retained Kishan ahead of Suryakumar Yadav. It also means that both Hardik Pandya and Krunal Pandya will be released by the franchise.

Also Read: From Rahul to Hardik: Top 5 Indian players who might not be retained by their IPL franchises

RCB have reportedly retained three players ahead of the mega auction. While Virat Kohli has been retained as a player after leaving captaincy, Aussie all-rounder Glenn Maxwell and Indian pacer Mohammed Siraj will also remain with the franchise.

Shreyas Iyer and R Ashwin are all set to be released by Delhi Capitals, who have reportedly decided to retain captain Rishabh Pant, Prithvi Shaw, Axar Patel and South African speedster Anrich Nortje ahead of the new season.

Kolkata Knight Riders have also retained four players ahead of the IPL mega auction. As per ESPN Cricinfo, they have retained all-rounder Sunil Narine, Andre Russell, Venkatesh Iyer and spinner Varun Chakaravarthy ahead of the new season.

As per ESPN Cricinfo, Sunrisers Hyderabad have retained captain Kane Williamson ahead of the mega auction. The franchise were also keen on retaining Rashid Khan but it remains to be seen if he will stay with SRH or not.

Rajasthan Royals have retained only three players, as per a report in the Times of India. Skipper Samson is their first-choice retention and will be paid Rs 14 crore (INR 140 million). Jos Buttler and young Indian batter Yashasvi Jaiswal are the other two players retained by RR.

Punjab Kings are reportedly planning to retain none of the players from their current squad and will head into the auction with a full purse of Rs 90 crore. However, they are set to lose their captain KL Rahul, who is likely to join the Lucknow franchise ahead of the mega acution.