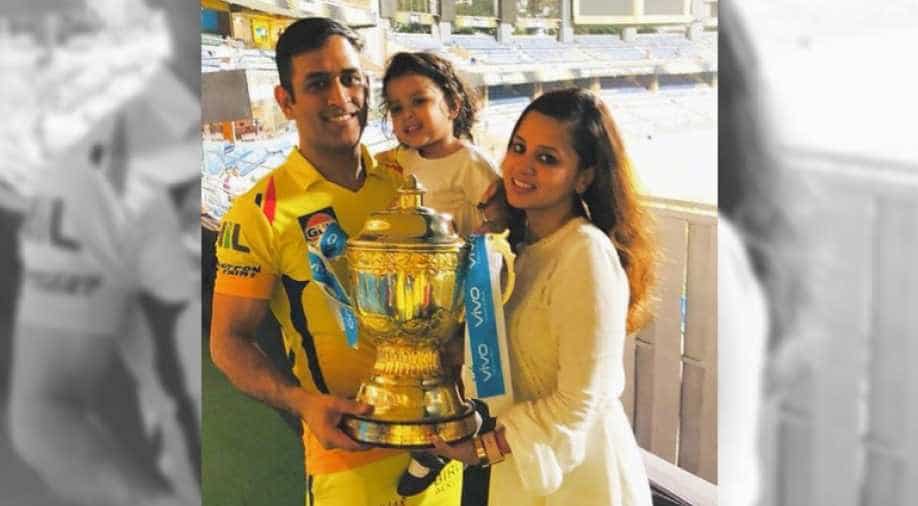 MS Dhoni-led Chennai won the eleventh edition of Indian Premier League for the third time after defeating Hyderabad by 8 wickets at Wankhede stadium.

The victory became emotional as Chennai won the title after serving a two-year ban. The team produced a stunning performance throughout the season to lift the trophy.

With skipper Dhoni leading from the front, the entire Chennai team contributed on various occasions to inspire the team towards victory.

MS Dhoni thanked fans and followers for their love and support. He shared a picture with wife Sakshi Dhoni and daughter Ziva with the caption, "Thanks everyone for the support and Mumbai for turning yellow."

Thanks everyone for the support and Mumbai for turning yellow.Shane ‘shocking’ Watson played a shocking innings to get us through.end of a good season.Ziva doesn’t care about the trophy, wants to run on the lawn according to her wordings.

He also hailed Shane Watson's 117-run knock and said, "Shane 'shocking' Watson played a shocking innings to get us through. End of a good season."

Dhoni also mentioned the secret plan of Ziva as she was not interested in being clicked and wanted to run on the lawn instead.

"Ziva doesn’t care about the trophy, wants to run on the lawn according to her wordings, said Dhoni."

Everywhere we go! We are the Chennai Boys and we are the #SuperChampions! #WhistlePodu pic.twitter.com/iVqQnMeXAi