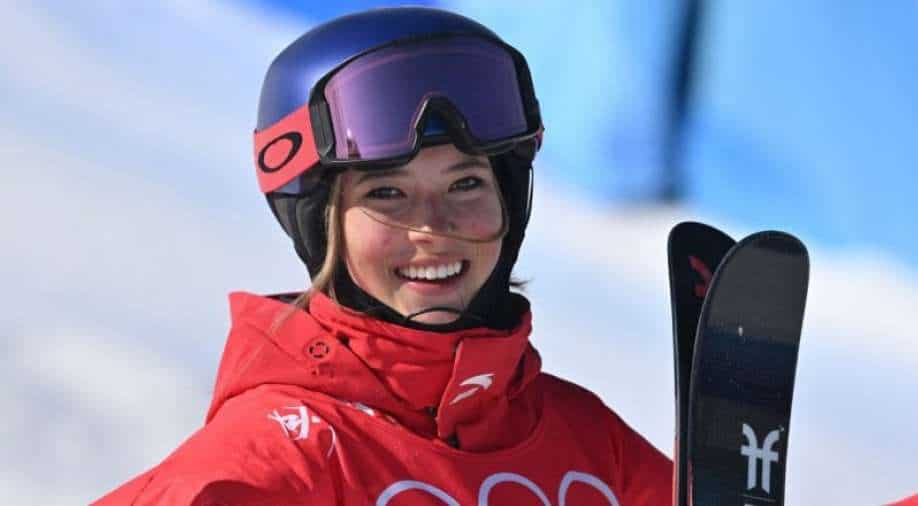 Born in California to an American father and Chinese mother, the freestyle skier switched to represent China in 2019 and captured the hearts of the host nation at the Beijing Games in February.

China's US-born double gold medallist Eileen Gu said Tuesday that she will be an ambassador for Salt Lake City's Winter Olympics bid, sparking both anger and support on social media in China. Born in California to an American father and Chinese mother, the freestyle skier switched to represent China in 2019 and captured the hearts of the host nation at the Beijing Games in February.

But the 18-year-old, who won two golds and a silver, also drew scrutiny over her nationality. She repeatedly dodged questions about whether she had relinquished her American passport for a Chinese one.

Gu's status as the unofficial face of the Beijing Games also thrust her into the middle of tensions between Beijing and Washington. The teenager, who is set to study at Stanford, said Tuesday that she will serve as an ambassador for a US bid to host the 2030 or 2034 Winter Olympics in Salt Lake City in the state of Utah.

"I think that's this beautiful example of globalism and of the capacity that we can use skiing and... winter sport to connect people," she said during an interview at a Time magazine event in New York. "Salt Lake specifically wants to become a global destination for athletes everywhere to come train there and they want to incorporate 15 new countries into the Winter Olympics," she added.

"I think that's something that's really beautiful... and so I'm really honored to be a part of the whole thing."

Gu also said that she did not regret swapping allegiances ahead of the Beijing Games. Her support for a US bid prompted mixed reactions on Chinese social media, where she quickly became one of the top trending topics on the Twitter-like Weibo platform.

Some questioned her motivation for competing for China. "Of course she doesn't regret representing China -- after all, in the last year alone she's earned enough money in China to last a lifetime," wrote one user, alluding to the numerous commercial deals she has with Chinese firms. "Turns out she's American after all," said another.

However, others were more supportive, with one popular comment praising her "international influence as a Chinese athlete". The United States led a handful of nations in staging a diplomatic boycott of the Beijing Games over China's rights record, singling out its treatment of Muslim minorities in the northwestern Xinjiang region.