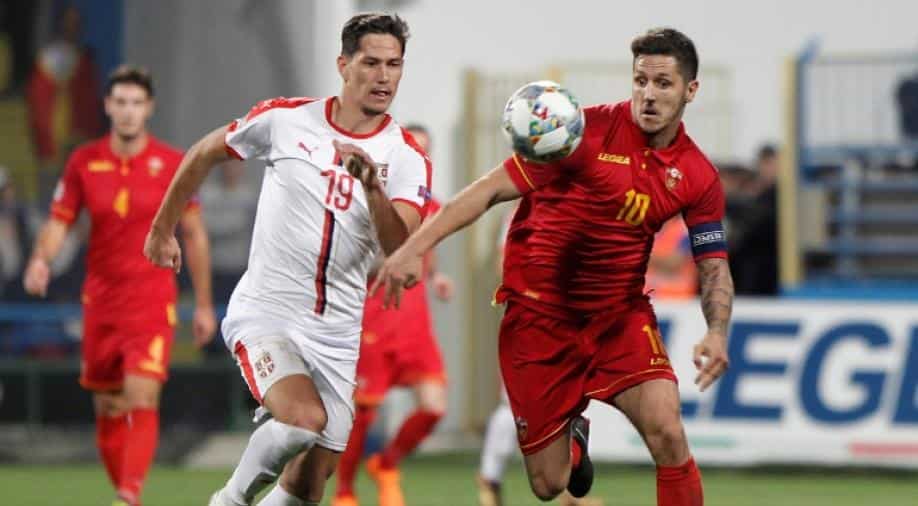 The first meeting between Montenegro and Serbia as independent nations since they separated in 2006 was played amid tight security but in a friendly atmosphere with both sets of fans applauding each other's national anthems.

An Aleksandar Mitrovic brace gave Serbia a 2-0 away win over neighbours Montenegro on Thursday that put them top of their UEFA Nations League group after a scrappy clash between two former Yugoslav republics.

The result left Serbia on seven points from three games in the third-tier Group 4, two ahead of Romania, who won 2-1 at Lithuania. Montenegro have four points and Lithuania none.

The first meeting between Montenegro and Serbia as independent nations since they separated in 2006 was played amid tight security but in a friendly atmosphere with both sets of fans applauding each other's national anthems.

It was also watched from the VIP box by Manchester United manager Jose Mourinho, reportedly screening Serbia's 20-year-old centre back Nikola Milenkovic, who is in excellent form for his Serie A club Fiorentina after enjoying a good World Cup.

Serbia dominated the game and should have won by a bigger margin but for some poor finishing by playmaker Dusan Tadic, who squandered two sitters after good work by winger Andrija Zivkovic and the tireless Mitrovic.

The Montenegrins upped the pace in the closing stages and their striker Fatos Beciraj forced a good save from Serbia keeper Marko Dmitrovic in the 72nd minute with a rasping low shot from 20 metres.

Montenegro's Serbian coach Ljubisa Tumbakovic was sent off by Italian referee Gianluca Rocchi for dissent before Mitrovic sealed the contest with a close-range finish in the 81st minute.

Substitute Sergej Milinkovic-Savic, who had also been linked with a possible future move to United from Lazio, allowed Zivkovic's pass to run with a clever dummy, leaving Mitrovic with the simple task of beating Petkovic from three metres.

Serbia next visit Romania while Montenegro are at home to Lithuania on Sunday.