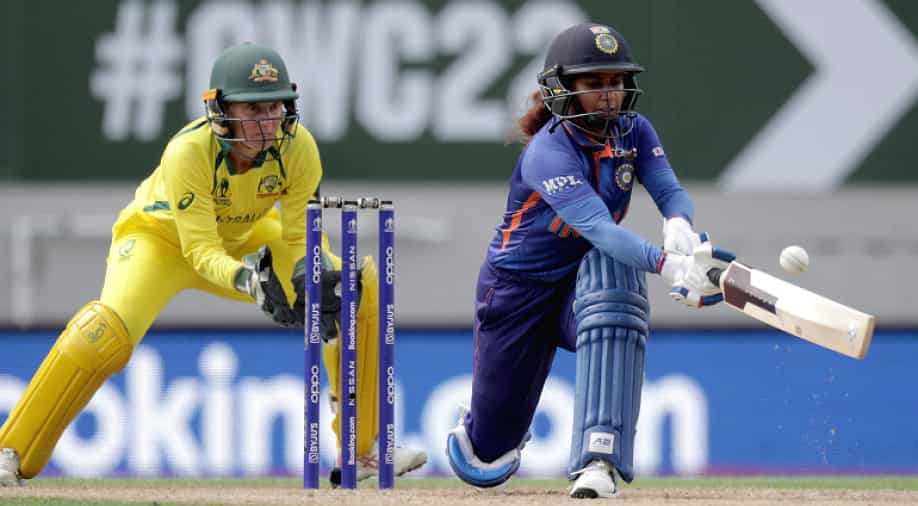 Indian women's team captain Mithali Raj responded to her critics in style with a brilliant half-century in the ongoing clash against Australia in the ICC Women's ODI World Cup 2022. Many had questioned the Indian skipper's inconsistent run in the ongoing World Cup while raising concerns over her form with the willow. However, the veteran batter bounced back in style to shut her critics.

After a shaky start for India against table-toppers Australia, Mithali, who came out to bat at number three, combined with Yastika Bhatia to steady the ship for the Women in Blue with a 130-run stand for the third wicket. Mithali notched up a brilliant knock of 68 runs off 96 balls to equal a world record.

Mithali completed her half-century off 77 balls to slam her first fifty of the tournament. The veteran batter has now equalled the record for most fifties by any player in the history of ICC Women's World Cup. The record is now jointly held by New Zealand's Debbie Hockley and Mithali, who both have 12 fifties to their name in the Women's World Cup history.

Batting first, India produced a brilliant show as the Women in Blue rode on fifties from Mithali (68), Yastika (59) and Harmanpreet Kaur (57) to post a strong total of 277 runs on the board in fifty overs against table-toppers Australia. India will noe be hoping for a solid show from the bowlers to defend the total and hand Australia their first defeat in the tournament.

Australia, who are on top of the points table in the Women's World Cup 2022 are yet to lose a game in the tournament and have remained unbeaten so far.