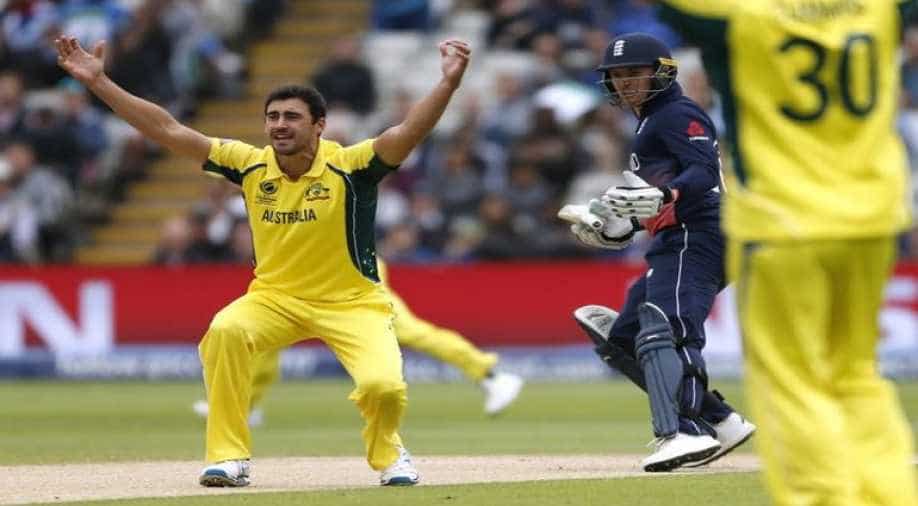 The Australian paceman took the last three wickets of each innings, finishing with seven in total, as his New South Wales side beat Western Australia by 171 runs.

The 27-year-old becomes the first bowler to complete the feat in the same Shield match and is only the eighth player to do it in a first-class game.

Starc's feat was the first instance since Amin Lakhani managed to do the same for a Combined XI against India in a warm-up match at Multan in Pakistan in 1978.

So... Mitchell Starc just did THIS in the Sheffield Shield ??

Just 17 days until the #Ashes pic.twitter.com/bEUCzeqykt

He is continuing his comeback from injury before the Ashes this winter.

Starc missed Australia's tour of Bangladesh in August with a foot injury.

Australia take on England in the first of five Ashes Test matches in Brisbane, starting on November 23.

Incredible! Twin hat-tricks for @mstarc56 in the Sheffield Shield!

He's in sizzling form ahead of the #Ashes... pic.twitter.com/7Al5aCZXOL

Australian leg-spinner Jimmy Matthews remains the only player to take two hat-tricks in a Test match after he did it against South Africa in Manchester in 1912.