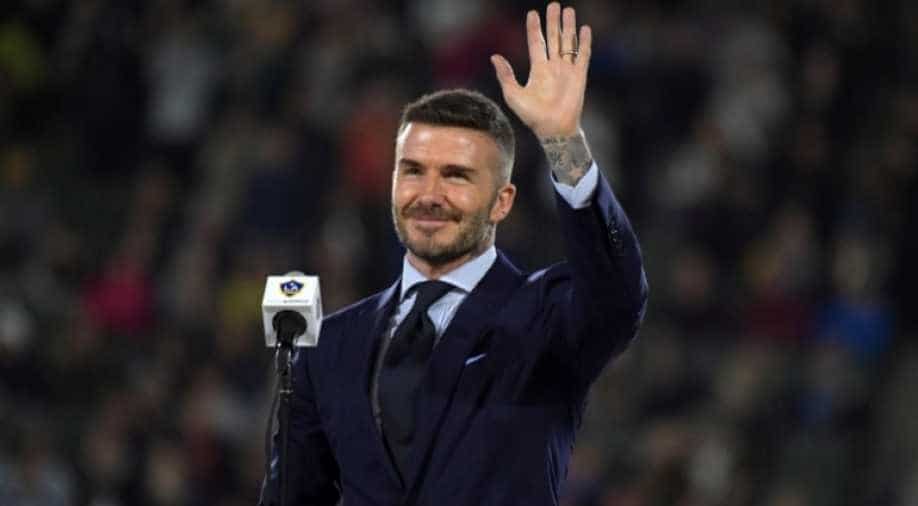 However he acknowledged that Inter remained in the hunt for big-name players, citing the likes of Cristiano Ronaldo and Lionel Messi, who have both previously indicated interest in playing in MLS.

"I have said from day one that our academy system is a massive part of this club and if we can bring players through here that have lived and breathed Inter Miami then that is the goal," Beckham told AFP.

"But we also know that being in Miami, our fans want to see the big stars.

"We already have players like Gonzalo Higuain and Blaise Matuidi who add to the glitz and glamour but also going forward we want to have the opportunity to bring some great names in."

Asked about Messi and Ronaldo, Beckham refused to rule out a move for either player.

"The player has to be right for the team, still have ambition and want to win," Beckham said.

"So whatever player we talk to, we have to make sure that is a priority.

"Of course, we always want to bring in great players. Miami is a great pull for anyone and those kinds of players (Messi and Ronaldo) are the kind we aspire to bring here."

"Sir Alex Ferguson was the master at choosing the right player, he didn't always bring the best player in the world, he brought the right player for the club and that is one of the things that I have taken into this place," he said.