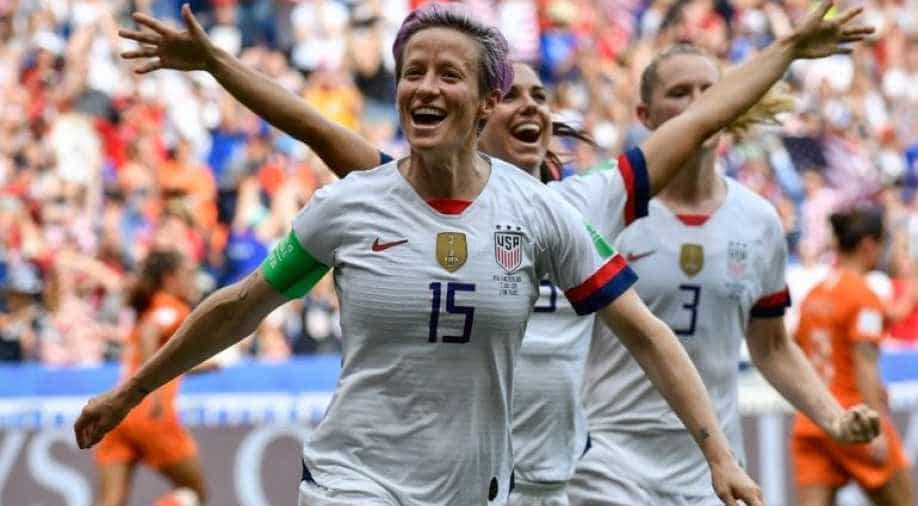 Star striker Megan Rapinoe said Tuesday she does not think the United States' Women's World Cup-winning team would accept an invitation from President Donald Trump to visit the White House.

"I would not go and every teammate that I've talked to explicitly about it would not go," Rapinoe said on CNN's "Anderson Cooper 360."

"I don't think anyone on the team has any interest in lending the platform that we've worked so hard to build and the things that we fight for and the way that we live our life, I don't think we want that to be co-opted or corrupted by this administration," she said.

Rapinoe, one of several gay players on the team, also took aim at Trump's "Make America Great Again" slogan, saying the president is looking back to a time that "was not great for everyone."

Watch: US Women's football team arrives to cheers and fans in US after winning World Cup

The US defeated the Netherlands 2-0 on a penalty by Rapinoe and a strike by Rose Lavelle in the World Cup final on Sunday in Lyon.

Rapinoe had vowed prior to the victory to stay home if Trump invited the team to Washington.

The president responded on Twitter that "Megan should never disrespect our Country, the White House, or our Flag, especially since so much has been done for her & the team."

Championship US sports teams are traditionally honored with an invitation to the White House, though Trump has at times revoked invitations after team members criticized him.

Among the teams that have declined the offer have been pro basketball's Golden State Warriors and last year's Super Bowl winners, the Philadelphia Eagles of the National Football League (NFL).