Marin Cilic downs Shapovalov to reach second round in Basel 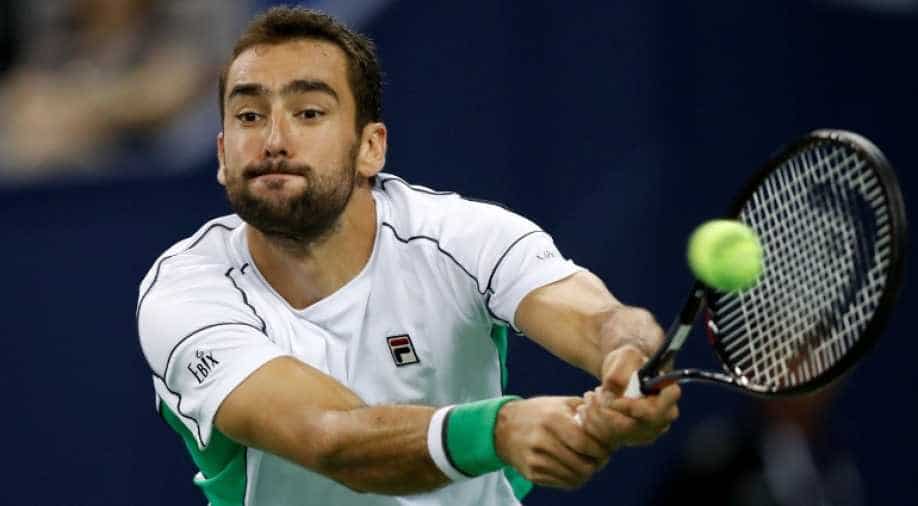 Next up for Cilic is Romanian qualifier Marius Copil, who beat American Ryan Harrison 6-2, 7-6(8).

Third seed Marin Cilic eased into the second round of the Swiss Indoors tournament with a 6-4, 6-2 victory over young Canadian Denis Shapovalov in Basel on Monday.

The Croatian, who was champion in Basel in 2016 and can seal a spot at the ATP Finals if he wins the title again this year, opened up a 4-0 lead in the first set before 19-year-old Shapovalov got on the scoreboard.

The Canadian wilted further in the second set, however, and his cause was not helped by his 23 unforced errors as Cilic wrapped up a routine victory in one hour and 15 minutes.

Next up for Cilic is Romanian qualifier Marius Copil, who beat American Ryan Harrison 6-2, 7-6(8).

Taylor Fritz also cruised into the second round with a 6-0 7-5 win over Serbia's Laslo Djere and the American will face Swiss wild card Henri Laaksonen next.

Top seed Roger Federer kicks off his campaign at his home tournament on Tuesday when he faces world number 35 Filip Krajinovic of Serbia in the second round.