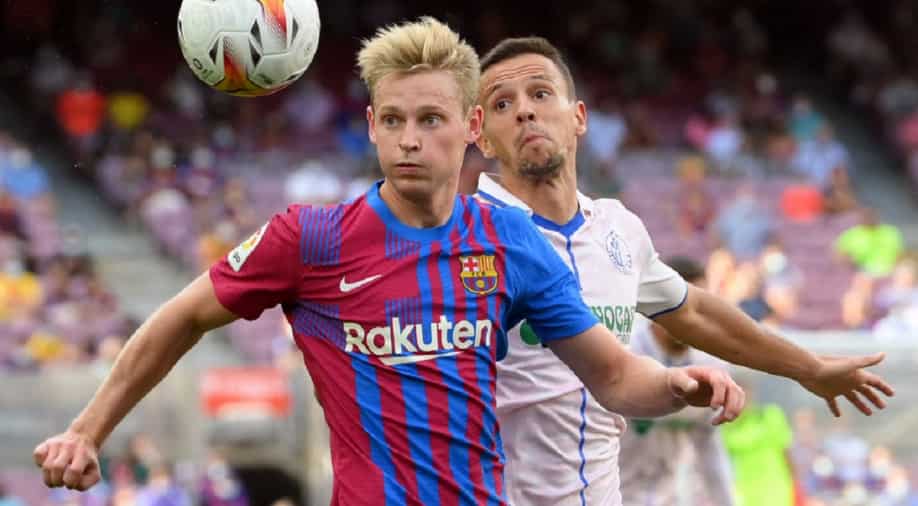 Manchester United are reportedly close to agreeing a deal with FC Barcelona to sign Dutch midfielder Frenkie De Jong. De Jong is one of the key targets this summer for United's new manager Erik Ten Hag, who had worked with the midfielder during his stint at Ajax. Ten Hag had an instrumental role to play in De Jong's rise at Ajax and believes he can spearhead his rebuild project at Manchester United.

Manchester United endured a disappointing campaign in the Premier League last season as they missed out on a spot in the top four and were far from challenging arch-rivals Manchester City and Liverpool, who finished top two respectively. United are out of the Champions League next season and will be plying their trade in the Europa League.

With Ten Hag's arrival as the permanent coach, the Red Devils are keen on strengthening their squad ahead of the new season and are looking to reinforce their midfield. De Jong is United's top target after the departures of midfielders Paul Pogba, Juan Mata and Nemanja Matic, who both left the club as free agents at the end of their contracts.

As per Sky Sports, Manchester United have a 'broad agreement' on De Jong's transfer fee which is expected to be around 65 million euros (around USD 69 million) plus performance-related add-ons. The report claims that 'finer details' of the deal are yet to be finalised but both United and Barcelona are confident of closing the deal soon.

De Jong had joined FC Barcelona from his former club Ajax in 2019 and has since made 98 appearances for the club, including 46 last season. He is one of the most talented midfielders in the world at present and was expected to have a longer career at Barcelona but is being let go by the Catalan club reportedly due to financial constraints.

De Jong is not the only player United are looking to bring to Old Trafford this summer with the club also in the market for a centre-back, attacker and a defensive midfielder. United have been linked to several names such as Antony and Lisandro Martínez and Denmark midfielder Christian Eriksen among others.