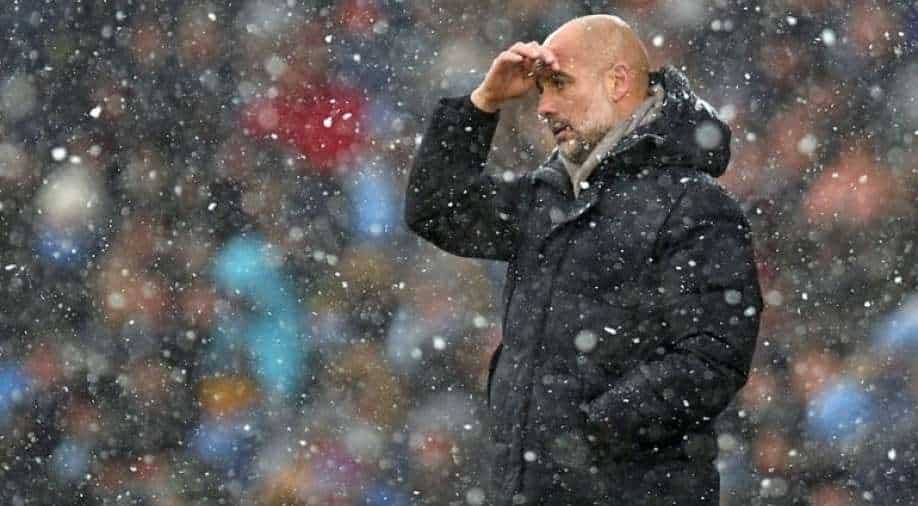 Tottenham Hotspur recorded 13 COVID-19 cases at the club last week, while Leicester City and Manchester United were also affected by the virus.

Manchester City manager Pep Guardiola urged his players to get their COVID-19 vaccine booster shots and advised them to be careful amid a surge in cases in the United Kingdom.

British Prime Minister Boris Johnson said on Monday that at least one person has died in the UK after contracting the Omicron coronavirus variant.

The UK Health Security Agency said Omicron - first detected in South Africa, Botswana and Hong Kong in late November - can overcome the immunity of those who have had two shots of vaccines such as AstraZeneca or Pfizer-BioNTech.

"Absolutely, the doctors suggest they have to do it," Guardiola told reporters on Monday when asked about players getting the booster shots.

"We speak with the players every day to say be careful. Stay healthy, wear masks, social distance.

"It's Christmas, the tendency is to party and go out. But the virus is still here. The virus doesn`t allow you to suffer much, but cases rise day by day, so just be careful."

Tottenham Hotspur recorded 13 COVID-19 cases at the club last week, while Leicester City and Manchester United were also affected by the virus.

City, top of the Premier League on 38 points after 16 games, are due to host 15th-placed Leeds United on Tuesday.

Guardiola said Leeds, who are 12 points behind City, will pose a challenge even in the absence of top striker Patrick Bamford and midfielder Kalvin Phillips, who are out injured.

"Leeds is one of our toughest opponents," Guardiola said. "They play every week in a special unique way and we play against the special and unique way just two times a year. It is completely different to other opponents.

"Bamford was injured for a long time now, Phillips too... But if there is one person who doesn`t complain about what happens, it is Marcelo (Bielsa). He loves to work when the situation is tough."

Guardiola said all players are available for Tuesday's game except for the suspended Joao Cancelo and Ferran Torres, who is recovering from a foot injury.