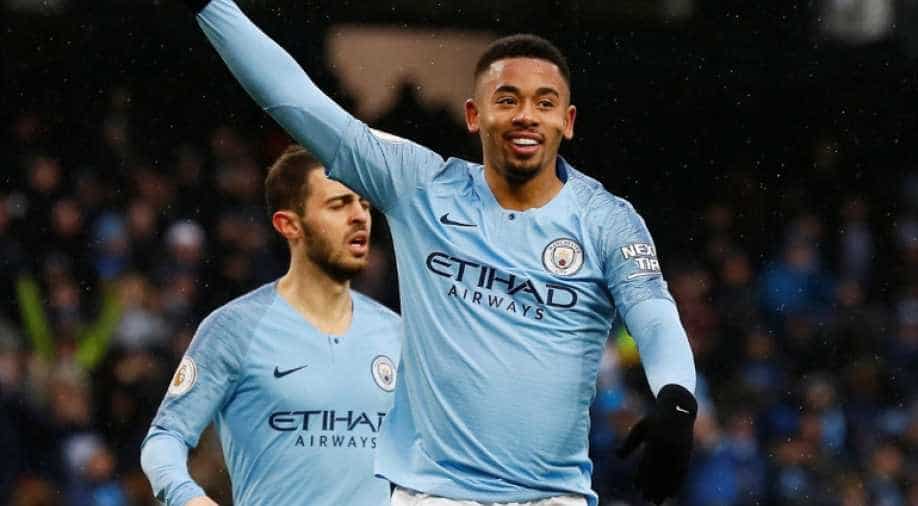 Jesus opened the scoring for his side after 22 minutes into the match with an accurate short-range shot inside the penalty area.

Brazil forward Gabriel Jesus scored a brace to help Manchester City beat Everton 3-1 on Saturday. By virtue of this win, City again made it to the top of the English Premier League.

The defending champion secured the home win to erase the memory of its first loss this season; 2-0 against Chelsea in the previous round.

City not only dominated the beginning of the game but its players squandered several scoring chances.

Jesus opened the scoring for his side after 22 minutes into the match with an accurate short-range shot inside the penalty area.

Everton fought to come from behind, but Jesus struck again with a second goal just five minutes into the second half off a header after his teammate Leroy Sane sent a cross from the left side.

Everton again tried to make a comeback as forward Dominic Calvert-Lewin scored, narrowing City's lead 15 minutes later off a header on a cross sent from the left side.

Later City's forward Raheem Sterling scored the third goal in the 69th minute, putting a header from a cross-shot in on the left side to seal the 3-1 win.

After this victory, Man City provisionally leads the Premier League standings with 44 points, two points ahead of second-placed Liverpool, which will host Manchester United Sunday.