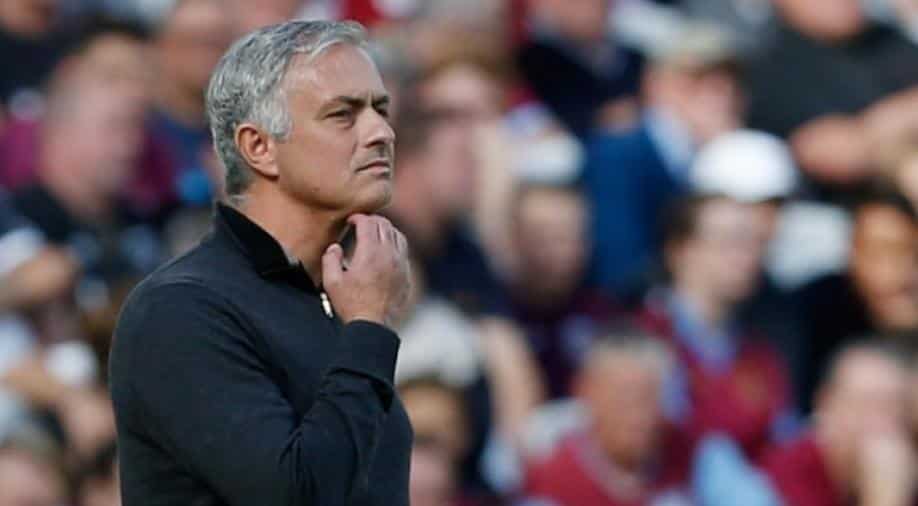 Paul Pogba scored the winner on his return from injury as Manchester United beat AC Milan 1-0 on Thursday to join Arsenal in the Europa League quarter-finals, while Dinamo Zagreb knocked out Tottenham Hotspur after extra time in Croatia.

Paul Pogba scored the winner on his return from injury as Manchester United beat AC Milan 1-0 on Thursday to join Arsenal in the Europa League quarter-finals, while Dinamo Zagreb knocked out Tottenham Hotspur after extra time in Croatia.

The France midfielder struck the only goal at the San Siro four minutes after replacing Marcus Rashford as a half-time substitute, scooping home after an ugly scramble inside the Milan area.

United goalkeeper Dean Henderson produced an excellent reflex save to deny Zlatan Ibrahimovic an equaliser against his old club and secure a 2-1 aggregate victory for Ole Gunnar Solskjaer's team.

"We've come through a very difficult tie against a fantastic club and we've overcome some difficulties," Solskjaer told BT Sport.

"We've missed Paul, he's been out for almost two months. He was just getting into his best form. He's going to give us a big boost for the rest of the season."

The three-time European champions are one of two English clubs in Friday's draw for the last eight, as Arsenal also qualified despite suffering a 1-0 loss to Olympiakos in the second leg.

Youssef El-Arabi's deflected second-half strike earned Olympiakos another victory at the Emirates but Arsenal advanced 3-2 on aggregate, avenging their exit to the Greeks on away goals last season.

Jose Mourinho's Spurs crashed out of the competition after surrendering a 2-0 lead from the first leg, with Dinamo forward Mislav Orsic scoring a brilliant hat-trick for the Croatian champions.

Dinamo coach Zoran Mamic resigned this week after being sentenced to four years and eight months in jail for multi-million euro fraud involving Luka Modric's move to Tottenham and other transfers.

However, Orsic curled in a marvellous shot from the corner of the area to give Dinamo the lead on 62 minutes and then capped off a fine move with a thumping finish to send the match to extra time.

Orsic completed his treble in style as he ran past three players and hammered a low drive beyond Tottenham goalkeeper Hugo Lloris from the edge of the box on 106 minutes.

Harry Kane nearly snatched a late goal that would have put Spurs through on away goals but his effort was clawed out by Dinamo goalkeeper Dominik Livakovic as the hosts won 3-2 on aggregate.

"My team didn't bring to the game the basics of football or life –- to respect our jobs and give everything. I can only apologise to the Tottenham supporters," said Mourinho.

"If I forget the last 10 minutes of extra time, where we did something to get a different result, the 90 minutes and first half of extra time was one team leaving everything on the pitch.

"My team didn't look like it was playing an important match. Another attitude is needed. To say I feel sad is not enough. What I feel is much more than sadness."

Steven Gerrard's Rangers finished with nine men in a 2-0 home loss to Slavia Prague, as the Czech side won 3-1 on aggregate.

Peter Olayinka gave Slavia an early lead at Ibrox and Rangers' hopes of a comeback suffered a double blow with Kemar Roofe and then Leon Balogun sent off for the Scottish champions in the second half.

Ajax made sure of their passage into the next round as a David Neres goal and Dusan Tadic penalty rounded off a 5-0 aggregate win over Young Boys.

Gerard Moreno's double in Spain gave Villarreal a second 2-0 victory over Dynamo Kiev in as many weeks, while Granada extended their debut run in Europe, going through 3-2 overall despite a 2-1 loss to Norway's Molde in Budapest.

Roma also progressed as a 2-1 victory courtesy of two goals from Real Madrid loanee Borja Mayoral against Shakhtar Donetsk in Kiev wrapped up a 5-1 win on aggregate.